Philippine President Rodrigo Duterte threatened on Tuesday to declare “martial law” in the country if its judiciary gets in the way of his national war on illegal drugs, the Philippine Daily Inquirer reports.

Such bombastic remarks are characteristic of Duterte, who took the Philippines’ highest office in June after serving for years as the mayor of the city of Davao. In Davao, he made his reputation as an unorthodox enforcer with no tolerance for the illegal drug trade — a campaign he has carried into federal office. Hundreds have died in the so-called “war on drugs” since his inauguration.

His comments on Tuesday come amid an ongoing spat with the country’s judiciary. Earlier this week, Duterte released a comprehensive list of judges, politicians, and military personnel whom he alleged were involved in the narcotics trade. The country’s Chief Justice, Lourdes Sereno, responded in a letter questioning his legal procedure, but Duterte seems undeterred.

“Don’t create a crisis because I will order everybody in the executive department not to honor you,” the President said before a military audience Tuesday, in reference to Sereno.

According to the Inquirer, Duterte added: “You want me to be frank? You’re interfering.” 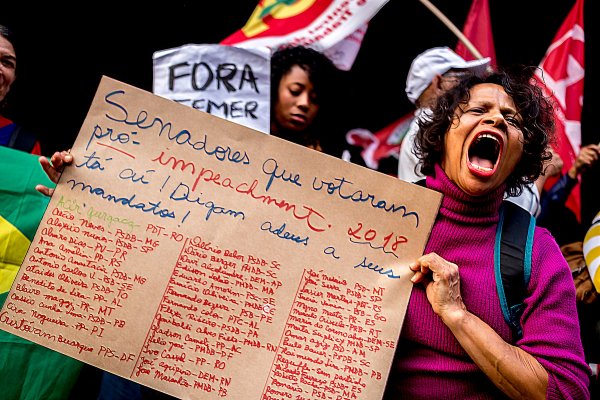 Brazil Rules in Favor of Impeachment Trial for President
Next Up: Editor's Pick