The official said that if they were still working at the U.S. Secret Service, they would contact someone on Trump’s campaign staff to have a conversation about whether he understands the consequences of that rhetoric.

At a rally in Wilmington, N.C., Trump said that if elected Clinton would get to appoint federal judges to lifetime positions, including a vacant seat on the Supreme Court.

“If she gets to pick her judges, nothing you can do folks. Although the Second Amendment people, maybe there is, I don’t know,” Trump said.

The former Secret Service official said they would ask a U.S. attorney to see if Trump broke any laws with the comment.

“Look, this guy is coming pretty close to the edge here,” the official said.

The official added that the Secret Service would have to consider the value of having agents interview Trump. But “if this was some guy off the street and they made that statement, you’d go out and interview them,” the source told TIME. “He’s not gonna act on this. But you don’t know what you’re encouraging other people to do.”

After speaking with TIME, the official added they would “absolutely” interview Donald Trump about his comments. Such interviews are standard procedure for people who the Secret Service believes may have threatened a public official, the source said.

A spokesperson for the Secret Service declined to comment on Trump’s remark.

One Democratic member of Congress specifically called on the Secret Service to investigate Trump. 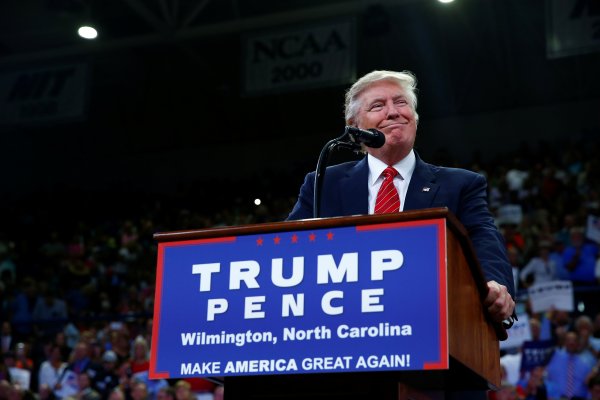