France’s foil fencer Enzo Lefort was fighting off Germany’s Peter Joppich during an Olympic match on Sunday when his cell phone popped out.

Why this champion athlete slipped a phone into his pocket for this momentous challenge, no one knows yet. But hopefully, it’s not because of an emergency situation and definitely because he’s waiting on an important call from a hot date. Never mind that he’s competing in the match of a lifetime, let alone there’s a sword hurtling toward his face, let alone there aren’t match lulls when he might try shooting off a “nothing really, what’s up with you” text during combat.

Lefort stays on the grid, and clearly doesn’t fear the bulk. (After he picked it up from the floor, he then handed it off to someone on the sidelines.)

It seems this wasn’t enough to get him disqualified, but in the end, five-time world champion Joppich defeated Lefort, who won the bronze medal in the 2014 World Championships. But for most of it, Lefort never missed a text.

Someone give him a medal for most relatable Olympic inconvenience so far. 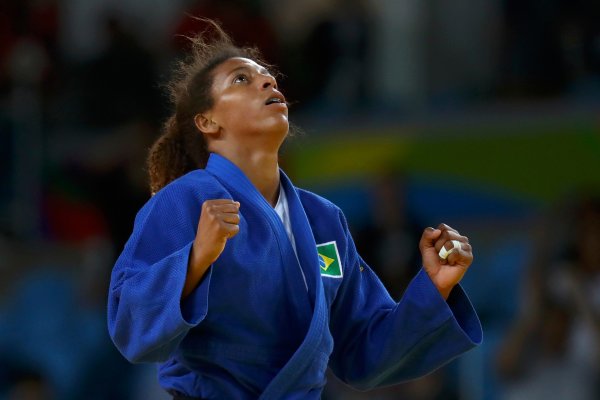