The Woman Who Helped Save New York City's Historic Buildings

In the 1950s, New York City had few protections in place for its historic buildings. The destruction of the original Penn Station, and the subsequent creation of the Landmarks Preservation Commission, was still several years away. So the fate of the vacant and dilapidated Jefferson Market Courthouse, an elaborate Gothic structure in Greenwich Village dating to 1876, looked fixed. At the end of the decade, the city moved to tear it down.

That was, until writer and Village resident Margot Gayle rallied her neighbors—who included the critic Lewis Mumford and the poet e.e. cummings—to save the building, first raising funds to get its clock fixed. By the fall of 1960, the clock was ticking again, and the committee expanded its mission, convincing the city to turn the building into a public library. After several years of planning and renovation, the reimagined Jefferson Market Library finally opened its doors in 1967.

By the time she brought her community together to save “Old Jeff,” Margot Gayle was a veteran campaigner. The woman whom mayor Ed Koch would one day call the Queen of New York was born in Kansas City, Mo., in 1908, and grew up all over, moving schools every year thanks to her father’s job as an automobile executive. After college at the University of Michigan, she moved to Atlanta for a master’s degree, where she joined the League of Women Voters and threw herself into the fight to repeal the state’s poll tax—the system established during Reconstruction that made it much harder for black citizens and poor whites to vote. Her zeal earned her the nickname “Poll Tax Margot.”

In the 1940s, the Gayles—Margot, her husband and their two children—moved to New York City, where Margot worked as a publicist for wartime civil defense programs; wrote for CBS radio, newspapers and magazines; and showed a talent for public relations, which was just coming into its own as a professional field in the early 1950s. In 1957, the same year she got divorced, Gayle announced her candidacy for the all-male City Council, running on the slogan “We Need a Woman in the City Council,” and dressing up her daughters in old-fashioned suffragist costumes for good measure. She didn’t win, but she stayed active in city politics, turning her attention fully to preservation after the Jefferson Market victory.

In 1963, when the Beaux-Arts masterpiece of Penn Station was doomed to demolition, the rest of New York woke up to the risks of over-zealous development. Gayle emerged as a leader among the architects, historians and community activists who cherished the city’s history and character, even where it was impractical and inefficient. They battled planners and politicians who were seduced by the vision of an orderly, car-friendly, urban utopia—the “modernized mediocrity” that Life magazine decried in a 1963 article on the loss of Penn Station, which was illustrated with haunting photographs by Walker Evans.

Unlike her more famous co-conspirator Jane Jacobs, who fought to preserve the organic connection between the city and its inhabitants, Gayle’s attention was drawn to the physical structures of the city. She focused on the distinctive 19th-century cast-iron buildings downtown, leading walking tours around SoHo with a magnet in her pocket to show audiences that the buildings really had iron framing. Always savvy in her allegiances, she enlisted the support of the artists who lived and worked in the area’s lofts, who could be trusted to value aesthetics over practicality. By 1973, Gayle and the organizations she founded—the Victorian Society in America and the Friends of Cast Iron Architecture—were able to designate a full 26 blocks of SoHo, from West Broadway to Crosby Street, as the Cast Iron Historic District. Years later, after gentrification had transformed the area from artistic enclave to outdoor shopping mall, she acknowledged that good intentions were no match for market forces. “That’s the price of getting something saved,” she said. “There’s got to be money in it for someone.”

As a regular columnist for the Daily News on architecture and the changing face of New York, Margot Gayle had long witnessed the rapid pace of development and wanted to keep traces of history visible—not just buildings, but smaller details and flourishes, like clocks and lampposts, that gave the city its unique character. The work of her cast-iron enthusiasts’ group stretched far beyond, however, and helped to save structures in Mississippi, Alabama, and New Orleans. Quite simply, as she put it to the New York Times in 1998—ten years before her death at the age of 100—“Why not let people in the future enjoy some of the things we thought were extremely fine?” 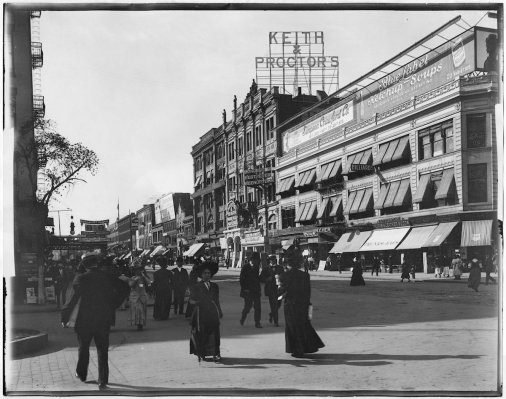 The Woman Who Worked to Save 19th-Century Victims of Sex Trafficking
Next Up: Editor's Pick