There were a lot of predictions last year that 2016 would lead to the disappearance of many strippers – the oil well producers who take nearly depleted “stripper” wells and keep them running and producing a few barrels a day. This year is proving that strippers are much tougher than many analysts gave them credit for. While many strippers have taken action to cut back some of their less profitable wells, by and large, stripper production is much more resilient than many had expected. That reality holds important implications for the industry at large – more on that later though.

Stripper wells are generally operated by very small firms – often family owned, with limited access to capital, and less economical operations than most large scale fracking producers. Yet unlike many of the large fracking companies which are large organizations with the associated bureaucracy and overhead, strippers are small firms that often have no choice, but to keep their nodding donkey pumps running. Strippers appear to be doing everything they can to hold on to their meager wells which produce a combined total of about 10 percent of U.S. output across the country.

The strippers are pursuing a variety of techniques to keep their leases active on wells and minimize their losses. The result is that while output has fallen from strippers, it is still significant as a portion of U.S. production according to the EIA. Getting reliable data on exactly how much production comes from stripper wells is nearly impossible because of the vast number of wells, and informality of the market.

OilPrice.com: Activist Investors About To Shake Up The Oil Patch

Strippers are facing new problems from proposed federal oil and gas regulations though. The oil price crunch has failed to force strippers to their knees, but the new federal rules might. The rules come from the U.S. EPA and relate to the production of methane from wells. For larger companies and more productive wells, the new rules are a nuisance, but not a serious threat to economic viability. For strippers producing 5, 10, maybe 15 barrels of oil per day at each well using inexpensive, and often antiquated equipment, the rules could be a death sentence.

“These new rules will cripple stripper and marginal well owners and operators, and on top of historically low oil prices, we are looking at total disaster,” according to National Stripper Well Association Chairwoman Darlene Wallace. “By requiring the addition of new costly equipment requirements and expensive leak detection the economics within the oil and gas industry as a whole will be fundamentally changed, severely and forever.”

Yet, it’s too soon to count out strippers at this stage. The reports of stripper deaths last fall were greatly exaggerated, and the same may prove true again this year. Moreover, it’s important to realize that strippers don’t simply appear by magic – instead they come about as a result of old age in oil wells. All wells ultimately become stripper wells. If costs to be a stripper rise, the salvage value of wells will fall, but strippers will remain. The economics may change, but the players will not. Those looking for a drastic fall off in stripper production then may find themselves disappointed. 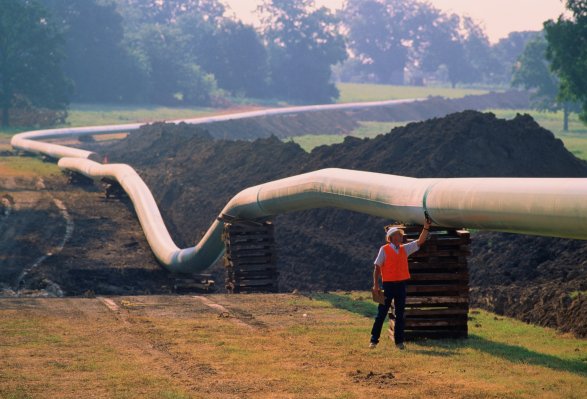 Natural Gas Expected to Continue Rise in 2016 Despite Mounting Climate Concerns
Next Up: Editor's Pick