Booing at the Olympics Shouldn't Be Surprising

A fan wearing a green wig cheers during the men's second round singles tennis match between Japan's Kei Nishikori and Australia's John Millman at the Olympic Tennis Centre of the Rio 2016 Olympic Games in Rio de Janeiro on August 8, 2016.
Roberto Schmidt—AFP/Getty Images
By Mahita Gajanan

Spectators at the 2016 Olympics in Rio de Janeiro—particularly Brazilian fans—have been subject to surprised-sounding criticism this week for booing during sporting events, something athletes and quieter audience members alike have called rude.

Russian swimmer Yulia Efimova was booed while in the pool after being implicated in the country’s doping scandal, and low scores for Brazilians at the men’s gymnastics event prompted disappointed boos from spectators Monday night. But, in fact, booing has been a common occurrence at the Olympics for years, despite going against traditional etiquette.

Sometimes the reasons for booing were relatively petty. During the 1936 Winter Olympics, held in Bavaria, Italian hockey players “loudly booed pugnacious U.S. player Gordon Smith,” who accused an Italian player of knocking his glasses off, TIME reported that year.

Sometimes, however, the reasons were much more serious.

The 1956 at the Summer Olympics in Melbourne fell as the world became concerned over Soviet repression of Hungary, and disapproving attendees expressed that concern by booing Russian athletes. “They booed so lustily when [the Russian team] took their turn on the fencing mats that police had to escort them through the threatening crowds,” a TIME dispatch from the Olympics reported. Aggression between Russia and Hungary became so intense that during the water polo semifinals, a Russian player butted a Hungarian player under the eye, drawing blood.

At the 1972 Olympics in Munich—four years after the famous 1968 Black Power salute by runners John Carlos and Tommie Smith—U.S. runners Vincent Matthews and Wayne Collett pointedly stood with their backs to the American flag during the medal ceremony for the 400-m. race. Their actions drew boos and jeers, and they were barred from future Olympic competition.

Less than a decade later, Romania was the only Soviet country to disregard the Eastern Bloc boycott against the 1984 Summer Olympics held in Los Angeles, and became a huge presence at the games, becoming a quick crowd favorite. During women’s gymnastics, spectators loved the Romanian team so much they “booed marks they did not consider high enough for the East bloc visitors,” according to TIME.

Meanwhile, that same year, runner Zola Budd faced a hostile crowd during the 1984 Summer Olympics after colliding with the U.S.’s Mary Decker during the 3,000 meter race. Although she was later exonerated for the collision, Budd was booed off the track. (Budd, whose South African origins alienated her from her British teammates and opponents of apartheid, temporarily retired from international competition in 1988.)

While booing during the Olympic games may not be the most polite route for spectators to express dissatisfaction and excitement, its presence by now shouldn’t be shocking. 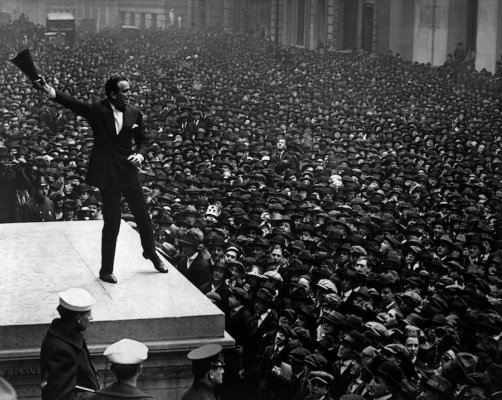 The Last 100 Years of Self-Help
Next Up: Editor's Pick