Michael Phelps will swim for gold once again in Tuesday night’s 200-meter fly final of the Rio 2016 Olympics — just two days after leading the United States to victory in the 4×100 freestyle relay. The 31-year-old swimmer is the most decorated Olympian of all time, having won 19 gold and 23 total medals over the course of the five Summer Games he has competed in.

Phelps has also become one of Team USA’s most cheered athletes, inspiring fans with his epic comebacks and passionate celebrations. Here are a few of his best post-win moments.

When he powered the U.S. to victory in Sunday’s 4×100 freestyle relay:

When he won the relay for the first time in Beijing:

And of course, his first gold ever in Athens: 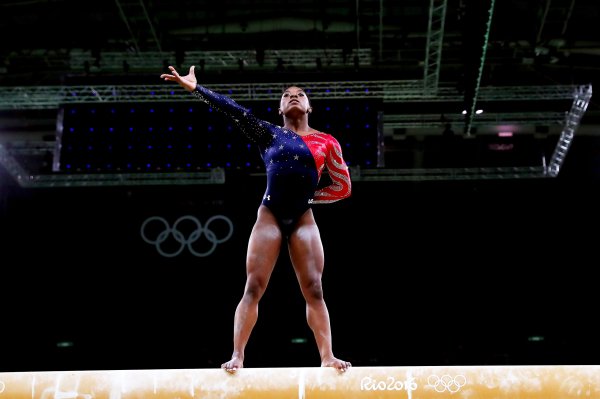 How U.S. Women Became the World's Best Gymnasts
Next Up: Editor's Pick