Michael Phelps unwittingly became social media’s meme of moment Monday night prior to the 200 meter butterfly Olympics semifinals in Rio. Shrouded in his hooded USA jacket and large headphones, the 31-year-old Olympic legend was caught on camera with the most intense game face while gearing himself up for the race in the dressing room.

His rival, South Africa’s Chad Le Clos — who beat Phelps to the gold in the same event in the 2012 Games — was dancing and shadowboxing directly in front of him. Phelps, however, remained unfazed, giving Le Clos a meme-worthy death stare in return.

His pre-race prep clearly paid off, as Phelps claimed second place in the event, and will advance to the finals on Tuesday. 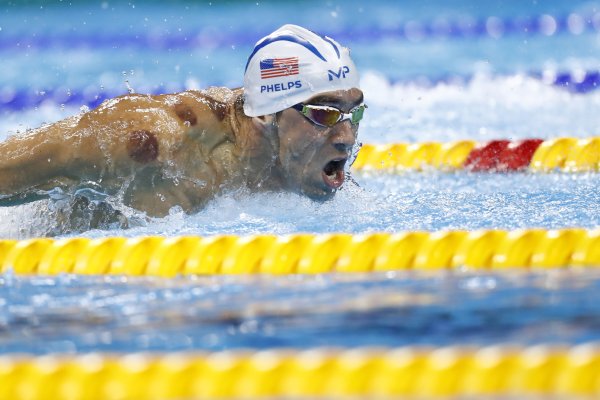 Why Michael Phelps Is Gaga for Cupping
Next Up: Editor's Pick