The U.S. women’s gymnastics team cemented its dominance over the rest of the world Tuesday, winning the team event at the Rio Olympics by an overwhelming margin. The performance was a powerhouse defense of the gold medal they won four years ago in London, and only heightens the already-sky-high expectations for each of its five members to medal in Rio’s individual events.

What accounts for this gap between the U.S. and other nations? Much of it boils down to one thing: Martha Karolyi. As the national team coordinator, the 73-year-old oversees all aspects of the sport in the U.S., keeping tabs on everything from early development programs for young gymnasts to the elite level training of world and Olympic athletes.

And that breadth is the key. Karolyi says that a medal-contending Olympic team isn’t just about five women. It’s about a system that trains them from the moment they set foot in their gym, and works in concert with their coaches to perfect routines that judges reward with high scores.

It appears to be paying off in Rio. Coming into the team final in Rio, the U.S. sits nearly 10 points ahead of the next team, China. That’s unprecedented in a sport where most athletes perform slightly different versions of the same skills and scores are often clustered around tenths of points. But since she began to rework the U.S. program, Karolyi’s computer-like ability to match skills and gymnasts has led to a medal at every world championship since 2001. And if Simone Biles wins the individual all-around as expected, it will be another feather for Karolyi: the first time a country has claimed that gold medal in four consecutive Olympics.

Karolyi’s formula, built with her husband, legendary coach Bela, is simple but strict. It’s based loosely on the centralized model that was so successful in eastern European countries like Romania from which the Karolyis defected, but modified to suit the decentralized American system of independent gyms. Every month, top level gymnasts and their coaches travel to the remote Karolyi ranch in Huntsville, Tex. outside Houston, which also serves as the USA Gymnastics national training center. The week long camps are a gymnastics retreat where coaches can pick up tips from experts brought in by Karolyi , and where athletes can benefit from Karolyi’s decades of experience in learning and perfecting the techniques that attract judges’ attention. From toe points to hair, facial expressions and perfectly straight hand stands, Karolyi keeps a sharp eye on everything. From the first day, the girls are also told that they should be ready to perform their routines on any day, at any time, whether they are rested or tired, at a moment’s notice. Major international competitions in different time zones can be scheduled in the morning, afternoon or evening, so Karolyi has her squad ready for all possibilities.

(Read More: The Gymnastics Events to Watch in Rio)

Biles says that emphasis on readiness has been critical, if challenging. On a recent trip to China, Karolyi took the girls straight to the gym after their more than 16 hour flight. “The time difference was crazy, but we went around to feel the equipment and did some basic skills,” Biles says. “Then she says you’re warmed up, do your routines. We were like, ‘huh?’ Our bodies felt so massively heavy like elephants. Now that I look back on it, she made us do our routines to test us. But at that moment, I was like, this woman is crazy; I’m not going to make it, I’m going to die.”

Biles barely made it through her bars and beam routine and when she fell, Karolyi told her that if she wasn’t ready, she should pack her bags and go home. “I cried,” admitted Biles.

Karolyi let her stay, of course, but it offers a window into Karolyi’s tough love philosophy. It’s an approach that has plenty of critics, who have accused the Karolyis of being too harsh on their young charges. There was also push back to Karolyi’s attempts to create a loose national structure from coaches, since U.S. gyms are privately owned. Coaches balked at having to “share” training of their athletes with Karolyi, but she says the idea was never to supercede them, but rather to collaborate in order to get the best out of America’s most talented gymnasts. “All strong gymnastics powers have a system, a training center where gymnasts train year-long together,” Karolyi told TIME. “In the U.S. that thinking did not exist.”

The criticism has ebbed since Karolyi started producing results. “Every year it was better and better,” she says. “We went to the world championships in 2001 and finished third. And then the next year finished second, and from that moment we always were #1 or #2 at any kind of world competition we entered. It was clear we were going in the right direction, and as the results came, people trusted the system more and more and embraced it.”

More importantly, it isn’t just champions that Karolyi produces but a pipeline of talented gymnasts that fuel each world championships and Olympic squad. It’s no surprise that at every Games, at least one and often several of the coaches have never trained an elite level gymnast before. That is a critical part of Karolyi’s legacy. It tells her the system is working, so that even coaches and talented gymnasts from smaller gyms can be discovered, get the training they need, and emerge as potential stars. Rio teammates Biles, Laurie Hernandez and Gabby Douglas, the 2012 all-around gold medalist, were all discovered by coaches outside of the established elite pipeline. “Those camps were definitely beneficial to molding us to who we are today,” says Aimee Boorman, Biles’ coach. “Luckily, we have learned and grown together throughout [Simone’s] career.”

And that’s exactly what Karolyi wants. She is retiring soon after this Olympics, but she says that she hopes the system she and Bela created will survive, even if she is no longer involved. “I hope everybody will realize that Bela and I both had great contributions to building up this training system which fits for the U.S. and is different than in any other country,” she says. “I hope people will realize this even many years later and still will remember that we were the ones who talked about this system, and who also convinced the gymnastics community that it would be a good approach in order to bring the U.S. to the top.”

On that count, at least, she doesn’t have too much to worry about. 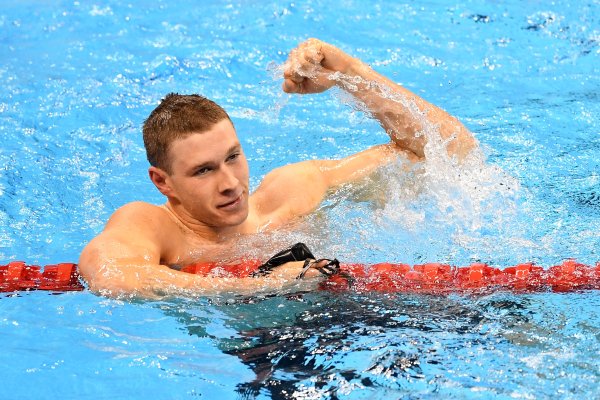