The tragic death of a 10-year-old boy on the world’s tallest waterslide is not being treated as a criminal incident, according to Kansas authorities.

The incident will be treated as “civil matter,” according to Fox News. Caleb Thomas Schwab died Sunday while riding the 168-foot-tall Verruckt slide at the Schlitterbahn Waterpark in Kansas City, Kansas.

Police said Monday evening that Schwab died of a neck injury. A spokesperson for the waterpark said that they would not be “participating in any further media interviews at this time.”

The attraction features a 17-story drop that riders go down in multi-person rafts and each rider must be at least 54 inches tall.

Caleb is the son of State Rep. Scott Schwap, who released a statement asking that the family’s privacy be respected, according to Fox. 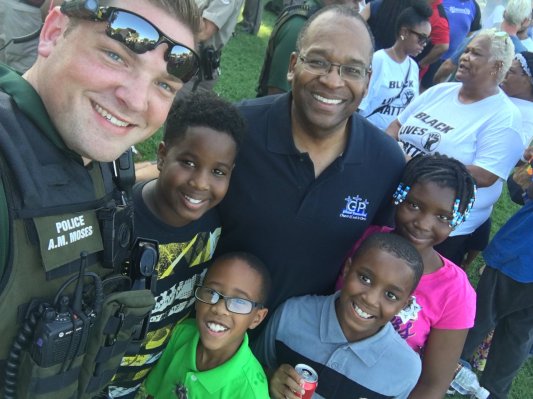 How a Black Lives Matter Protest Turned Into a Friendly Cookout With Local Cops
Next Up: Editor's Pick