Donald Trump gave a major economic speech in a bid to reboot his campaign after a troubled week, but it was his reaction to protesters that showed the biggest difference.

The Republican nominee has typically taken an aggressive response to people protesting at his rallies, calling for security to “get them the hell out of here” or telling them directly to “go home to mom.”

But on Monday, he waited quietly as the protesters were led out of the Detroit Economic Club, then returned to his prepared text.

Watch the video above to see how Trump’s response differed. 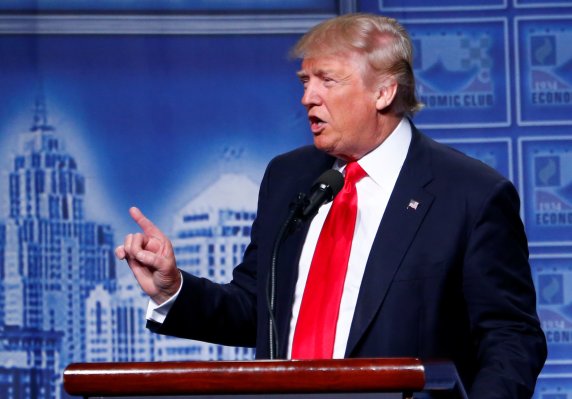 What Trump Got Wrong About Unemployment
Next Up: Editor's Pick