While Katie Ledecky and Michael Phelps have been busy winning gold for Team USA at the Rio 2016 Olympics, the Internet has been revisiting one of the best moments to come out of the 2004 summer games: NBC commentator Mary Carillo’s infamous badminton rant.

The video of the announcer’s nearly four-minute diatribe has recently begun making the online rounds again, showing Carillo segueing from a brief on the equipment used in the racket sport to a passionate lament on playing the lawn game at home. 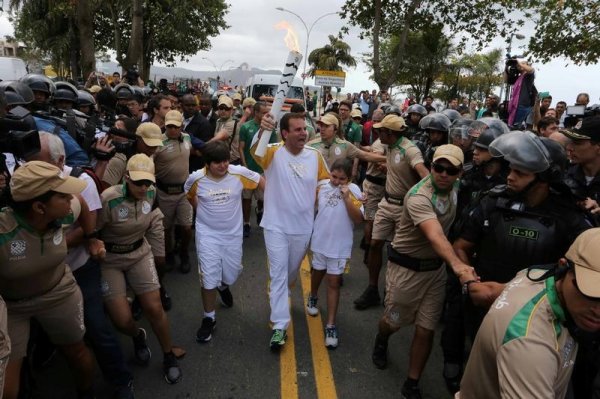 Olympic Torch Met With Protests
Next Up: Editor's Pick