Taylor Swift has been keeping a low profile since her feud with Kanye West was reignited by a Kim Kardashian Snapchat story, but over the weekend, that all changed. The “Shake It Off” artist took the stage with Nelly Saturday night to duet “Dilemma” during a joint birthday celebration for model Karlie Kloss and oil heir Mike Hess.

It’s no secret that Nelly is a fan of Tay. After teaming up with her and Haim to perform “Hot In Herre” during the St. Louis, Mo., stop of her 1989 World Tour, he spoke to Rolling Stone about their friendship.

“She’s just a dope person,” he said. “She ain’t got no ill wills or nothing like that, and that’s kind of hard when you come from where we come from. You rarely come across those type of people. It’s kind of like, Taylor Swift and my granny. Who doesn’t love both of those people?” 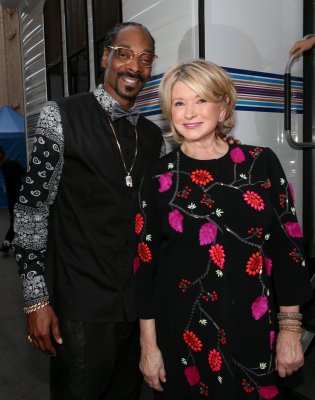 Snoop Dogg and Martha Stewart Are Getting Their Own Celebrity Dinner Party TV Show
Next Up: Editor's Pick