Leonardo DiCaprio’s doppelgängers are everywhere: bartending in Sweden, starring in commercials in Russia and now… winning medals in Rio.

American archer Brady Ellison is a three-time Olympian and, as of Saturday, a two-time silver medalist, taking home a second-place win in this year’s team event. But the 27-year-old champion might be getting more attention for something totally unrelated to his archery skills, as spectators have noticed his striking resemblance to everyone’s favorite Oscar winner.

Here’s Ellison, posing before the games in front of an American flag:

And here he is in competition:

It’s definitely an apt comparison. Ellison will have a chance to nab another medal at the games on Tuesday, when he takes part in the individual event. 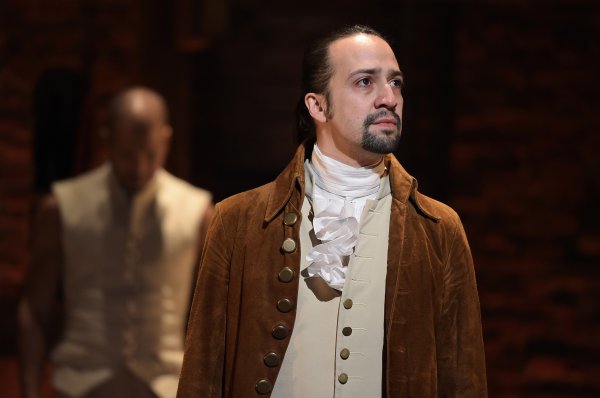 Lin-Manuel Miranda and Buzz Aldrin Recall Their #FirstSevenJobs
Next Up: Editor's Pick