Aly Raisman’s parents could barely contain their nervousness while watching their daughter compete at the Rio Olympics.

Lynn and Rick Raisman, known for their emotional reactions in the stands during the 2012 London Olympics, were back again this year with the same level of anxiety. During the the U.S. women’s gymnastic team’s qualifying round Sunday, the Rasimans clutched each other and appeared to sway back and forth while watching their daughter compete on the uneven bars.

In an interview with People, Lynn Raisman said she “always cries” at her daughter’s meets.

“I get nervous because I know what goes into it and how many hours she’s prepared and how hard she is on herself, and I want her to be happy and go out there and do the best performance she can do,” she said. “So when it’s over, she is happy no matter the results, so I do get nervous. But whatever she was doing I want her to have the best outcome.”

The 22-year-old gymnast nailed the routine on Sunday, and qualified for the all-around final in the Olympics. She previously won two individual medals in the 2012 Olympics and a third for her team. 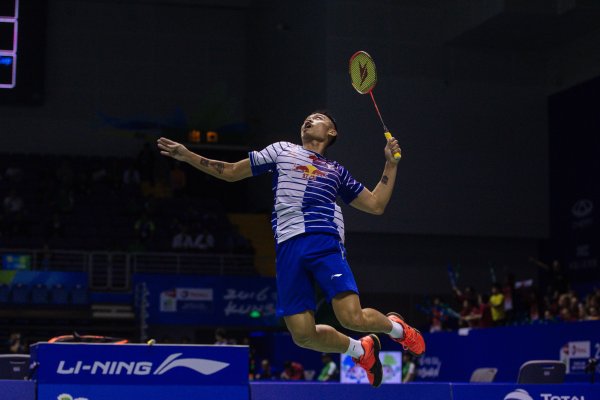 This Announcer's Passionate Badminton Rant Will Get You in the Olympic Spirit
Next Up: Editor's Pick