John Oliver Calls For a Time Out on Rio Olympics Coverage

On Last Week Tonight, John Oliver got straight to the point: “Let us begin straightaway with the Olympics — a global display of the world’s greatest athletes, and also dressage.”

Oliver noted that Brazil’s preparation for the Rio Games has been “turbulent,” due to a country-wide recession, national protests and a Zika outbreak, but none of that mattered when it came to the Opening Ceremony of the 2016 Olympic Games.

“The centerpiece of any Opening Ceremony is the Parade of Nations — that inspirational moment where athletes from around the globe come together as one to have Today show anchors point out everything that’s wrong with their countries,” said Oliver as Matt Lauer and Meredith Viera proved his point in a series of voiceovers intoning dire news reports about Turkey, France, Nepal and Sudan all while the athletes were “forced to dress like flight attendants from sh**ty airlines.”

But for Oliver, the pageantry and commentary couldn’t gloss over the current political upheaval in the Olympics’ host country of Brazil, where its President Dilma Rousseff has been suspended since May in the wake of corruption allegations. The current acting President Michel Temer presided over the Opening Ceremony in her place, but when he was shown on camera, he was loudly booed by the crowd.

According to Oliver, “Those boos actually make sense for a couple of reasons: first, he is unelected and is planning to push through a number of austerity measures, and second, he is a poet who once released a book of poetry titled Anonymous Intimacy.” The poem alone is worth watching the clip. 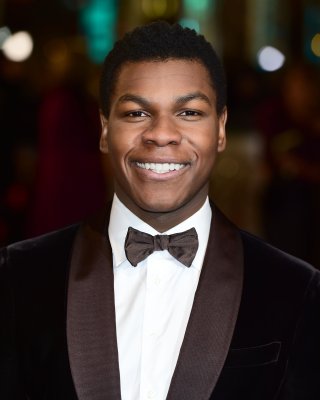 John Boyega Is Playing Pokémon GO on the Star Wars Set- But He's Only on Level Five
Next Up: Editor's Pick