Philippine President Ferdinand Marcos (1917–1989) gives a pre-election campaign speech to supporters in Manila on Dec. 7 1985, in the run-up to the 1986 presidential elections
Alex Bowie—Getty Images
By Casey Quackenbush

The embalmed body of former Philippine dictator Ferdinand Marcos is to be buried in Manila’s Heroes’ Cemetery following the approval of President Rodrigo Duterte, the BBC reports.

Transferring the late ruler’s body, presently on display in his home city of Batac, has stirred controversy, with critics saying Marcos is undeserving of the honorable burial given his record of corruption and rights violations. Blamed for the torture, killing, and abduction of thousands, Marcos, who died in 1989, ruled the Philippines for over 20 years until he was ousted in the People Power Revolution of 1986.

However, preparations for the burial, which could happen next month, are reportedly already in progress, the BBC says.

Duterte — known as “the Punisher” — also sees himself as a strongman and has repeatedly pledged to eradicate drugs, crime, and corruption from the Philippines. Recent reports indicate that several hundred have already died in his bloody crackdown on drugs. 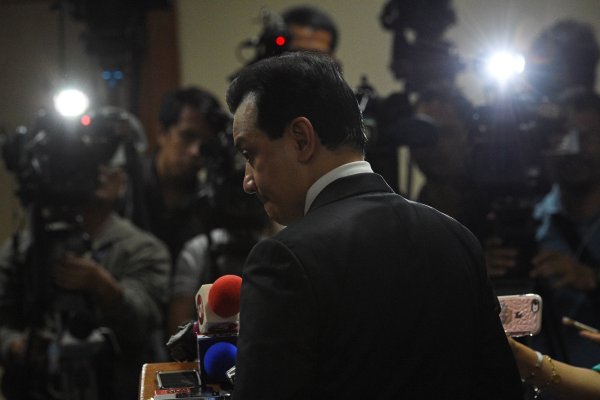 The Philippines: Inside the Senate Standoff
Next Up: Editor's Pick