Samir Ait Said of France was competing to help his Olympics gymnastics squad earn one of the eight spots in the team event when he landed on his vault and snapped his left leg Saturday. Trainers and emergency staff moved Said onto a stretcher and fans cheered as he left the Rio Olympic Arena.

The injury clearly shook his teammates. Danny Pinheiro Rodrigues, who was schedule to vault after Said, chose not to compete and the team continued on to the next of its three remaining rotations.

Members of the U.S. team, which was competing on high bars, heard the crowd reaction but said they remained focused.

“I was actually just about to go and I heard a bunch of ‘ooohs’ and I kind of made sure I stayed focused on the routine I was just about to do,” said Sam Mikulak, who was just about to jump on to the bars as the trainers rushed to Said on the other side of the arena. “It’s always a shame when there’s an injury in this sport. Especially when you’re here at the Olympic Games, to go down like that—it’s a horrible, horrible thing but you have to stay focused, get in the zone and do the gymnastics you came out here to do.”

The U.S. team finished first in its subdivision, ahead of the Japanese, with the Chinese and Russian teams still to go. That puts the U.S. in a good place for making the eight-country team final on Monday. 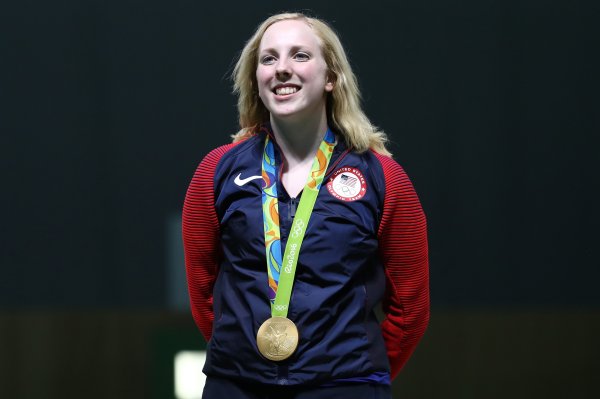