These Are the Must-Watch Swimming Races at the Rio Olympics

Swimming is always one of the marquee events of the Olympics, and the Rio Games are brimming with great matchups. From Katie Ledecky‘s quest for gold to Australia’s Campbell sisters gunning for history to Michael Phelps’ final stand, here are the must-watch races of the 2016 Olympics:

Sun Yang of China is the defending champion, but Australian Mack Horton has the fastest time this year. And watch out for U.S. swimmer Conor Dwyer who clocked the third fastest time of 2016.

This might belong to the Australians, whose team will feature sisters Bronte and Cate Campbell. The U.S. women haven’t won this event since 2000. But they’re doing everything they can to change that. Freestyle phenom Katie Ledecky, who swam the morning heats to qualify the U.S., will swim again in the final, as the anchor leg. That’s unusual since Ledecky is known more as a distance swimmer and because she’ll swim her first individual race the following day.

It’s all about Ledecky, who swims in the 400 m freestyle for her first chance at an individual Olympic gold. On the men’s side, Americans Nathan Adrian and Michael Phelps will likely be part of a strong 4x100m freestyle relay team, but the French and Russians have both swum blistering qualifying times.

Ledecky goes for her second individual medal. She’ll be racing against teammate Missy Franklin, and will have to keep an eye on Sarah Sjostrom from Sweden.

For the men, it’s a rivalry repeat. Phelps, Chad le Clos of South Africa and Laszlo Cseh of Hungary are back to battle for the wall again. Cseh and Phelps own the two fastest times this year, and there’s high anticipation for another photo finish to rival the fingertip’s edge that Phelps gained over Milorad Cavic from Serbia in the 2008 Olympics in Beijing.

Maya Di Rado of the U.S. also swims in the 200m individual medley; Along with Michael Phelps and Ledecky, the Stanford grad is one of three U.S. swimmers racing in three individual events. She’ll go stroke for stroke with Siobhan-Marie O’Connor of Great Britain, who qualified in the event with the fastest time.

The U.S. men will try to defend their gold this relay, which they dominated in 2012 with the help of Phelps. That win established Phelps as the most decorated Olympian of all time.

This one moves fast and furious. Nathan Adrian will be defending his title (assuming he makes it through the heats), but he’ll have competition from Australia’s Cameron McEvoy.

It’s the women’s turn in the 4x200m freestyle relay, and Ledecky has another chance for a medal.

Phelps aims to defend his gold in what’s become his signature event, but teammate Ryan Lochte will be pushing him to the wall.

If the Campbell sisters both climb to the podium, it would be the first time siblings shared the Olympic medal stand in an individual swimming event. The U.S.’s Simone Manuel, and Sweden’s Sjostrom could also be in the mix.

(Read More: The Best of Michael Phelps May Lie Ahead)

Your last chance to see Phelps in an individual race — if he’s serious this time about retiring. He’ll have some familiar competition — Cseh and le Clos.

It’s also Ledecky’s last individual race at the Games — the longest one, the 800m freestyle. She’s the defending Olympic champion and is eager to repeat.

The men’s splash-and-dash — 50m freestyle — is a mad sprint down one length of the pool. The defending champion from France, Florent Manadou, is back to defend his title but the U.S.’s Adrian and Australia’s McEvoy will also be racing him to the wall.

It’s the women sprinters’ turn and it’s likely to be a tight race between the likes of the Campbell sisters, Sjostrom and even the U.S.’s Manuel. 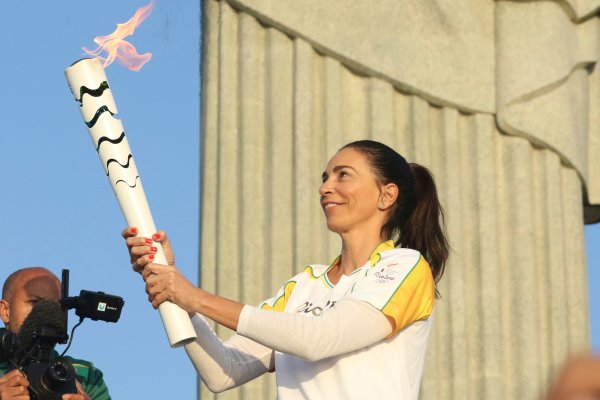 Rio Torch Relay Misses Copacabana Because of Protests
Next Up: Editor's Pick