President Barack Obama acknowledges the crowd as he arrives on stage to deliver remarks on the third day of the Democratic National Convention at the Wells Fargo Center on July 27, 2016 in Philadelphia, Penn.
Joe Raedle/Getty Images
By Katie Reilly

Before taking the stage to address the Democratic National Convention last week, President Obama pumped himself up, as so many others do, by listening to Eminem’s “Lose Yourself.”

A behind-the-scenes video released Thursday by the DNC features Democratic nominee Hillary Clinton and other politicians and celebrities rubbing elbows backstage between speeches. It also includes some much-needed insight into Obama’s presidential warm-up routine, as he bobs his head along to Eminem’s 8 Mile classic.

The moment comes 58 seconds into the video. 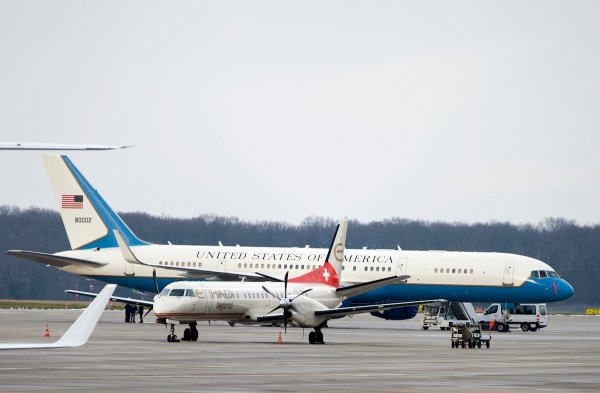