NBC Missed the Point of the Olympics Opening Ceremony

Dancers perform during the opening ceremony of the Rio 2016 Olympic Games in Rio de Janeiro on Aug. 5, 2016.
Roberto Schmidt—AFP/Getty Images
By Daniel D'Addario

Are the Olympics a news event, or a televised drama?

It’s a question that comes up every two years, and one I’d always ignored—seeing the opening ceremonies and all that followed on a tape delay had, throughout my Eastern Standard Time-centric life so far, been good enough for me. But watching Friday’s Rio Opening Ceremonies, on the U.S.’s West Coast, was a deeply frustrating experience.

This is no new complaint. Each Olympics sees critiques of NBC, the network that has enjoyed incredible success in packaging the sporting event as entertainment product. But while it’s not novel, it’s worth noting quite how frustrating it is to be denied legitimate news. If the Olympics are indeed a global event that puts a pause on political discussion, then they deserve coverage as such. This opening ceremony made bold statements about global warming and about the history of Brazil that I read about in detail on Twitter before I got to see them. Their airing in the prime-time hour out West might well have increased the broadcast’s potential audience—but it also deflated the news value of a meeting of all the world’s nations.

It would have been hard to truly spoil, though, the impact of the broadcast’s early going; aware though I was that there’d be a segment in the Fernando Meirelles-directed ceremony dealing with global warming, I couldn’t have anticipated quite how sophisticated it would be. Gisele Bundchen’s catwalk made for an odd intrusion of pop culture into a sports event generally more immune to that than analogous American sporting events, but it was fun enough. And Meirelles’s deployment of stacked boxes, in apparent attempt to convey Rio’s favelas, was compelling, as was his startling treatment of Brazil’s history of slavery, placing humans on a human-scale hamster wheel to show just how much strength and effort was expended on a system existing just to perpetuate himself.

The last summer Olympics opening ceremony, in 2012, was a charming if overly long (and overly cutesy) celebration of Britain’s contributions to global culture; 2008’s bash was, famously, China’s introduction to the global stage, a ceremony so tightly choreographed that it sits in the public imagination as the ideal of an Olympic opening ceremony. Rio did neither of those things—but then, Brazil did not need to prove either that it was still relevant or that it was Earth’s most relevant nation. In the face of ongoing political crises, the onus on this ceremony was simply to prove that Brazil was up to the task of hosting this games, and on those grounds, it instilled wild confidence.

It was legitimately startling, for a viewer accustomed to endless self-glorification, to see an Olympic host nation use some of its time to address their own culpability in global suffering. It was also perhaps the most compelling argument for continuing to open Olympic bidding to the entire world, as opposed to the currently voguish idea of setting up a single space for every Games. Setting aside the financial toll on host nations: If there’s this much to be learned about each country’s view of herself, why stand in the way?

Not that any of that was to be learned from NBC’s broadcast, which seemed at times to stand in the way of wisdom. Co-host Meredith Vieira exclaimed in delight when Portugal’s delegation passed through, as she has Portuguese heritage. But if she had insight into the world’s largest Portuguese-speaking nation beyond “What a place!,” that remained her secret. At one point deep into the “S” nations, co-hosts Hoda Kotb and Matt Lauer decided to discuss lyrics from the musical Hamilton, proving they’d both seen a chic Broadway show at the expense of both most viewers’ interest and NBC’s notional goal of providing information about the nations passing through. Not that things were much better when Lauer was actually trying to provide information: “Cayman Islands—most Americans think of that as a great place to spend a vacation” was a bon mot of his that misused “most.” When he announced that Mauritania was “a small nation—big destination, though, for sport fishermen,” there was little that anyone even a little generously inclined towards Lauer could charitably add. For which viewer was this supposed to provide context?

All of this is to be expected—NBC has had the Olympics long enough that the chatty, silly commentary over the Parade of Nations is as normalized as the endless commercial interruption of the broadcast of a news event that transpired hours before. In an ideal world, there’d be a way to cut back on the delays and the commercial breaks, and the choking commentary, and put the Olympics opening ceremony before audiences simply as it is. It’s not so much that the event deserves to be put before audiences as news (though that’s true)—but NBC’s endless leveraging of the Olympics, squeezing in ad break after ad break and pushing broadcasts before us at the hour that suits them, serves to make the broadcast feel less vital. The opening ceremony, airing later than it needed to and truly choked with ads, seemed like an almost self-conscious attempt to alienate the audience.

But of course it wasn’t: The broadcast’s technicalities are less important than the fun we’re meant to assume the hosts shared. Vieira, Kotb, and Lauer, all notionally news-division employees, were doing too much to try to turn an already-entertaining broadcast into entertainment. Who needs it, though, when Meirelles put together a series of political statements quite so unexpected? And who needs dissembling, overworked geopolitical commentary that’s most interested in where things relate to America (mainly American sport fishers), when the joy on competitors’ faces provides such simple and pure entertainment? 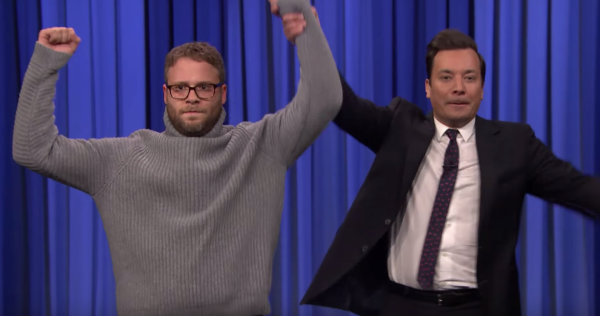