Donald Trump continued his love-hate relationship with Iowa at a rally in Des Moines Friday.

Speaking to supporters at the Iowa Events Center, the Republican nominee criticized the state’s caucuses, but also pledged to keep the state’s vaunted first-in-the-nation status intact.

“I don’t love the caucus system by the way. I could do without it,” he told the crowd. “I like to vote! I like when you walk in and vote and leave.”

Trump has had a complicated relationship with the Hawkeye State. In a 1999 appearance on Meet the Press, he noted that as a lifelong resident of Manhattan his “views are a little different than if I lived in Iowa”—a quote that came back to haunt him when primary rival Sen. Ted Cruz ran ads featuring it.

Thanks to a lack of organization in the state, he lost the primary to Cruz, though recent rallies in Iowa have been well-attended. At his rally Friday, he again referenced the state, which is a battleground in November. 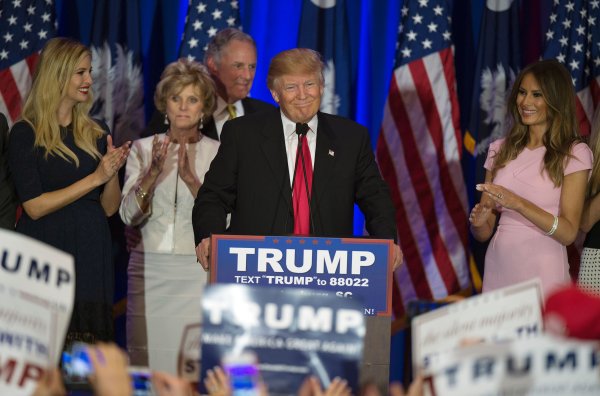 Here's What Donald Trump Thinks About Women's Issues
Next Up: Editor's Pick