Britney Spears auditions a selection of strapping men to be her close personal friend in her music video for “Make Me,” the singer’s first single from her highly anticipated album “Glory.”

Millennials will recognize the MTV dating show style “talent audition,” and it’s a muscle flexing, rose sniffing time. In the video, the princess of pop dances provocatively in a heavenly hallway. The men disrobe and dance provocatively for Spears. Bonus: the most talented of them all gets to star in some intimate time with Spears, which gets streamed for her giggly friends. It also includes the singer’s iconic sweaty hair, a flashy high-speed car, exactly six fedoras and a lot of eos lip balm.

“Glory” comes out on Aug. 26. It’s the first new studio album that Spears has released since 2013, with “Britney Jean.” Watch below. 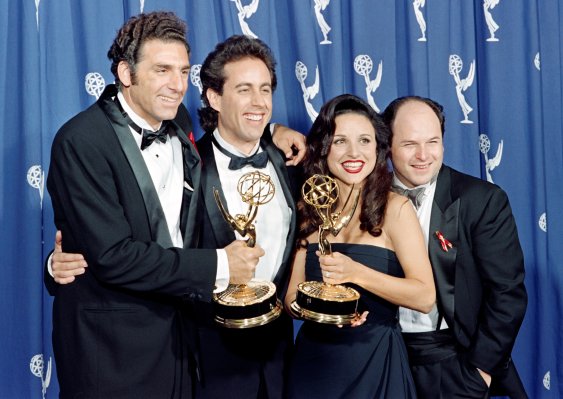 A Comedian Imagined How Seinfeld Would Deal With 9/11
Next Up: Editor's Pick