When the Harry Potter prequel Fantastic Beasts and Where to Find Them hits theaters in November, fans are going to be introduced to a magical power not touched upon in J.K. Rowling’s original seven-book series.

In the movie, magizoologist Newt Scamander — played by Eddie Redmayne — travels to America with his briefcase of mythical creatures after being expelled from Hogwarts. Once there, he meets Queenie Goldstein, an employee of the Magical Congress of the United States of America who also happens to be a very special Legilimens — a.k.a. a mind reader.

Now, Legilimency itself is already part of the HP universe, most notably coming into play in The Order of the Phoenix when Severus Snape uses it against Harry in order to train him in the art of Occlumency. However, whereas most Legilimens must cast a spell in order to infiltrate someone else’s mind, Queenie’s power is an ever-present ability.

In a recent interview with Entertainment Weekly, Alison Sudol — who plays Queenie — spoke about her character’s unique skill. “She’s basically a complete and utter magical empath,” she told EW. “She’s able to read people — so it’s not just reading somebody’s thoughts. She’s can read into someone’s story, she can see people’s goals. And so even though she’s able to do magic with her wand, a lot of her magic is actually internal, which makes her a different type of wizard or witch.”

Fantastic Beasts is set to be released Nov. 18. 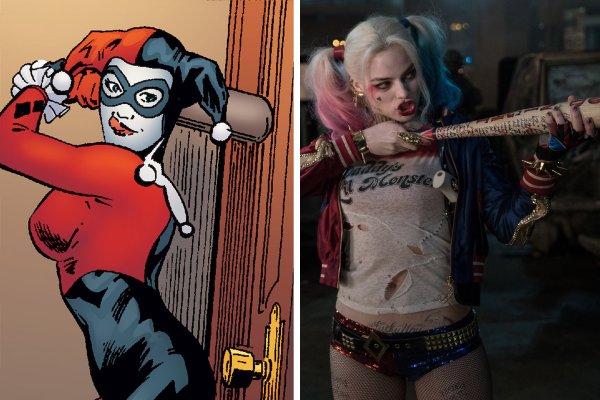 From Mad Love to Suicide Squad: The Evolution of Harley Quinn
Next Up: Editor's Pick