Chicago officials released videos on Friday from the fatal shooting of a black 18-year-old by police officers last week—footage a lawyer for the teen’s family described as “one of the most horrific things that I have seen.”

Paul O’Neal was shot and killed by police on July 28 after he fled from a car that had been reported stolen, according to the Chicago Tribune. O’Neal was unarmed at the time, and he died of a gunshot wound to be the back.

The graphic video shows officers firing at O’Neal while he was in the car, after he struck two Chicago police vehicles. The video also shows O’Neal bleeding and lying face-down on the ground, surrounded by police officers, one of whom steps on his leg while another puts him in handcuffs. There is no footage of the shooting taking place, though the officer who shot and killed O’Neal was wearing a body camera, the Tribune reported.

Sharon Fairley, chief administrator of the Independent Police Review Authority, described the video as “shocking and disturbing” and said the agency is proceeding “as deliberately and expediently as possible” with an investigation into the shooting, the Tribune reported. She said more evidence still needs to be gathered and analyzed.

“We just watched the family watch the execution of their loving son,” said Michael Oppenheimer, the family’s attorney, at a press conference on Friday. “It is one of the most horrific things that I have seen.” 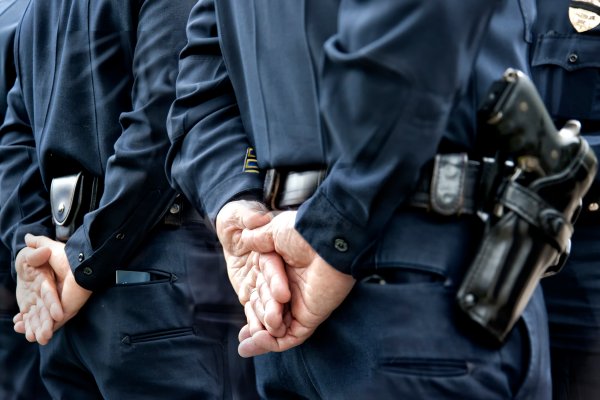 Police Kill Too Many People—White and Black
Next Up: Editor's Pick