An Atlanta Journal-Constitution poll released Friday shows Clinton at 44% to Trump’s 40% in a two-way race. In a four-way race, however, Clinton leads Trump 41% to 38%, with 11% voting for Libertarian Gary Johnson and 2% picking Green Party candidate Jill Stein.

Georgia, with its 16 electoral votes, is not normally seen as a swing state, having voted for the Republican nominee since 1996.

The poll comes after a tough week for Trump, who has seen a post-convention slump in the polls. A feud with the Khan family, parents of a slain Muslim American soldier, and a refusal to endorse either House Speaker Paul Ryan or Sen. John McCain.

Trump held a 45% to 41% lead over Clinton in May, according to the Journal-Constitution.

The poll of 847 registered voters was conducted between Aug. 1-4. It has a margin of error of plus or minus four percentage points. 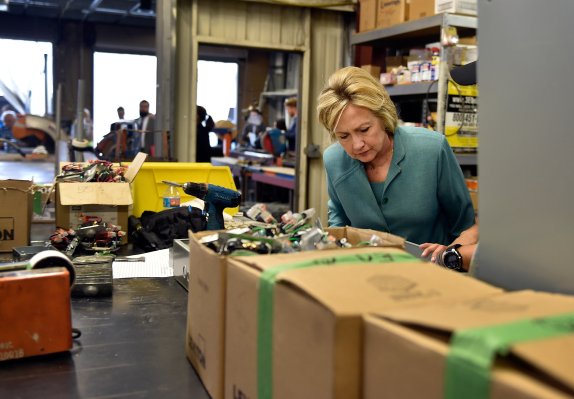 Clinton's Trump Strategy: Wonk vs. Scrooge
Next Up: Editor's Pick