Each election cycle, the list of most memorable political ads includes one involving a candidate shooting something.

But Eric Greitens has escalated the ad war probably as far as it can go. In a new ad, the Missouri gubernatorial candidate is shown loading and firing a machine gun.

“Eric Greitens is under attack from Obama’s Democrat machine,” a voiceover says as Greitens puts on protective eyewear and ear protection. “But Eric Greitens is a conservative warrior and when he fights back, he brings out the big guns.”

A former Navy Seal, Greitens won the Republican primary Tuesday after casting himself as a conservative outsider. In an ad during the primary, he was shown firing an assault rifle. 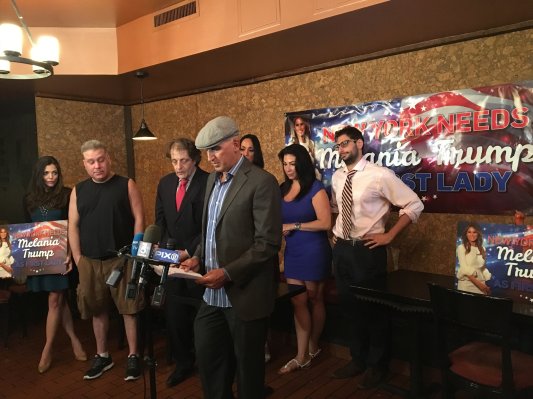 Meet the Men Who Want to Make Melania Trump First Lady
Next Up: Editor's Pick