How Your Personality Is Linked to Your Smartphone Addiction

How many times a day do you check your smartphone?

According to a recent survey, the typical American checks once every six-and-a-half minutes, or approximately 150 times every day. Other research has found that number to be as high as 300 times a day.

For young people, the attachment is particularly acute: 53% of people between the ages of 15 and 30 reported they would sooner give up their sense of taste than their smartphones.

These data strongly suggest that many may, indeed, be addicted to their smartphones. I’ve studied shopping addiction for 20 years and have a pretty good sense of when normal behaviors veer into unhealthy preoccupations. The fact that 80 to 90% of people use their phones while driving—which, by one estimate, causes 6,000 deaths and $9 billion in damages annually—is a clear sign that something is amiss. And as a college professor, I’ve seen, firsthand, the overwhelming distraction caused by smartphones in the classroom.

But I also wondered: Are some people more likely to become addicted to their smartphones than others? There’s a good body of research tying certain personality types to being prone to other addictions. Could a similar link exist for smartphone addiction?

First, I wanted to delve a bit further into the extent of the smartphone’s grip on our attention. So in 2014 I conducted research with several coauthors on the amount of time young people spent on their phones. We found that college students spend an average of 8 hours and 48 minutes on their smartphones each day (a figure that I still find mind-boggling).

This number joins a host of other findings that speak to an intense attachment: surveys have found that 79 percent of us reach for our phones within 15 minutes of waking, 68% sleep with them, 67% check our smartphones even when they’re not ringing or vibrating and 46% state that they “can’t live without their smartphones.”

Yet there are still some who are less likely to become enraptured by the smartphone’s many trappings, who rarely use them or eschew them altogether. They’re at the other end of the spectrum from those who have lost control over their use, who exhibit some of the classic signs of addiction – salience, euphoria, tolerance, withdrawal symptoms, conflict and relapse—that I identified when researching my book on smartphone use, Too Much of a Good Thing.

To figure out what might make someone susceptible to smartphone addiction, I recently conducted a survey with my colleagues Chris Pullig and Chris Manolis to find out if people with certain personality traits were more or less likely to become addicted to their smartphones. Using a sample of 346 average American college students, we investigated which of seven personality traits might predict this disorder. We also measured how impulsive each student was.

A pacifier and a status symbol?

Our results allowed us to better understand the role certain traits play in the development of smartphone addiction. First, we discovered that low attention span and high impulsivity were related to smartphone addiction. If you have trouble concentrating on what’s in front of you and staying on task, you’re more likely to impulsively use your smartphone.

When it comes to personality traits, three were found to influence your likelihood of being addicted to your cellular device. The first was emotional instability. Moody or temperamental people are more likely to be addicted to their smartphones than their more stable counterparts. It appears that these people may look for a combination of solace and distraction in their smartphones, and as with many substance addictions, compulsively checking notifications or scrolling through news feeds may be an attempt at mood repair—a high-tech pacifier, if you will.

We found extroverted college students—who often seek to be the life of the party and be connected to those around them—were more likely to be addicted to their smartphones than introverted ones. We found that a “sense of being connected” is the most important emotional drive behind smartphone use. So our introverted peers—who do not share this need to connect—might be less inclined to succumb to the smartphone.

Lastly, materialistic students reported being more dependent on their smartphones. This may seem like a bit of an odd connection, but given the major role smartphones now play in the lives of young adults, it’s not surprising. Because young adults are constantly displaying and using their phones in public, the brand and features of their smartphone tells the world a lot about who they are; in essence, their smartphones have become a way to flaunt, the same way an expensive purse or watch might say something about someone’s wealth.

Our obsession with smartphones is a good example of what has been referred to as the “paradox of technology.” The modern smartphone can free us to do things in places only dreamed of 20 years ago, but they also, in certain ways, enslave us. Has smartphone use reached a tipping point, where it’s crossed the line from beneficial tool to detriment?

James A. Roberts is a Professor of Marketing at Baylor University. This article was originally published on The Conversation. Read the original article. 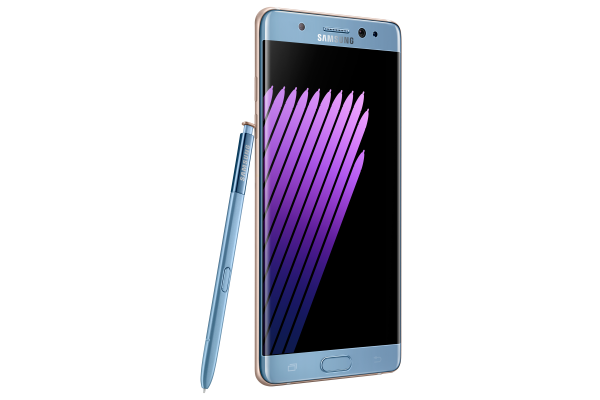