Ariana Grande arrives at the 2016 Billboard Music Awards at T-Mobile Arena on May 22, 2016 in Las Vegas, Nevada. (Photo by Steve Granitz/WireImage)
Steve Granitz—WireImage
By Cady Lang

Ariana Grande‘s powerhouse vocals have garnered her tons of comparisons to the divas who came before her, but on Thursday night, she got the chance to pay tribute to one of the greats — the inimitable Whitney Houston.

The 23-year-old singer appeared on the season finale of ABC’s Greatest Hits to perform a medley of the late Houston’s most beloved songs, including “How Will I Know” and “Queen of the Night” from the Bodyguard soundtrack. Previously, Grande gave a spot-on impersonation of Houston’s incredible vocals during an SNL skit to rave reviews.

The significance of the tribute wasn’t lost on Grande, who took to Twitter before her appearance to tell her followers how blessed she felt to be performing. 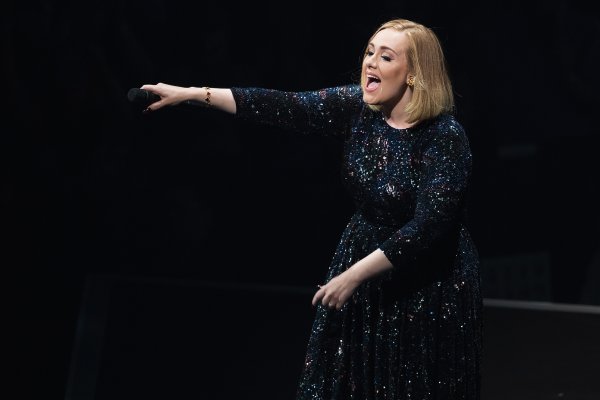 Adele's Credit Card Got Rejected at H&M
Next Up: Editor's Pick