Leila, Liina and Lily Luik, who are representing Estonia in the women’s marathon in Rio, are believed to be the first triplets to have qualified for the Winter or Summer Games.

Through a Facebook page called Trio to Rio the blonde, blue-eyed sisters, 30, have been documenting their journey to Brazil, posting pictures of themselves training, eating and hanging out during their downtime.

Rather surprisingly, the triplets, from the southern Estonian town of Tartu, only took up serious distance running six years ago, inspired by Liina.

After a couple of years, they began participating in international competitions, then tried out for the Olympics.

“After one year we had good results in Estonia and we thought we could achieve something good outside of Estonia and do some big competitions like European Championships and the Olympic games,” Lily told Reuters.

She added: “It is boring to train alone.”

As well as training for competitions, Lily and Leila spend much of their free time painting and drawing, and all three are professional dancers as well as trained lifeguards.

“Our great passion is dancing, which we have been doing for about eight years,” they said.

Despite winning over the public’s heart, the triplets do not have a great chance of getting their hands on a highly-coveted gold (or even silver or bronze) medal this summer.

The New York Times noted that the sister’s order of career bests matches their order of birth.

Speaking to Reuters about bringing home a medal, the sisters said: “It would be great… it’s like our dream, and we know that we have to live in reality. It is very hard to compete against the Kenyan runners. We are not at the same kind of level as they are now, but in two or three years we can do that.” 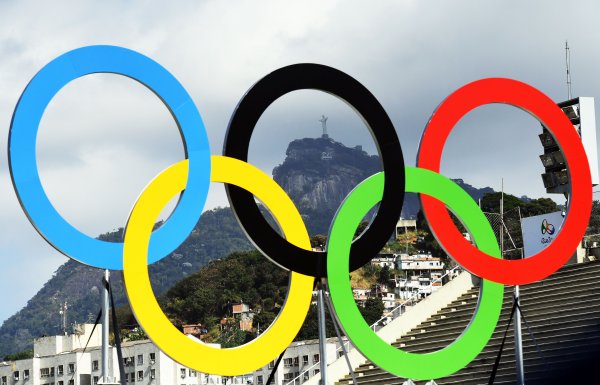 These Are the Must-Watch Events Each Day of the Rio Olympics
Next Up: Editor's Pick