The advertisements appeared in Ireland and featured hackneyed jokes you’ve probably already seen enough of on Tumblr. Billboards and Sprite bottles were adorned with lines like, “A 2 at 10 is a 10 at 2” and “You’re not popular… you’re easy.” As Business Insider reports, these tasteless gags quickly received negative attention as many took to Twitter to point out that they aren’t so much “Brutally Refreshing” as they are brutally misogynistic.

Some are even threatening to boycott the product.

“We apologize for any offense caused by the #BrutallyRefreshing Sprite campaign in Ireland, and we have removed the advert in question,” Coca Cola Ireland told Fortune in a statement. “We strive to deliver the highest standards of advertising, and we recognize that on this occasion the content did not meet our, or our consumers’, expectations. The campaign has now ended, and the advert will not appear again.”

The company came under fire late last year for another ad campaign in Mexico that had been described by many as racist. Eight months later consumers appear to have forgotten the controversy and, though Coca Cola may be struggling in some aspects, its stock has remained steady. 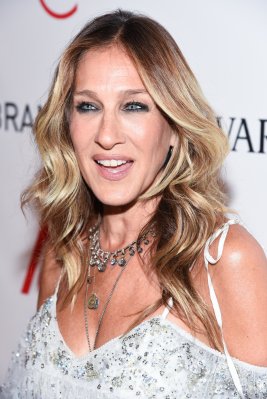 Sarah Jessica Parker Thinks She Doesn't "Qualify" as a Feminist
Next Up: Editor's Pick