Days before they begin their quest for Olympic gold in Rio, America’s top gymnasts expressed concern and frustration over a new report that the agency overseeing organized gymnastics in the U.S. mishandled numerous cases of sexual abuse.

An investigation published Thursday in the Indianapolis Star cites evidence USA Gymnastics, which oversees the sport from early development programs to the elite athletes competing in the Rio, was notified about multiple instances of abuse involving multiple coaches and underage girls but failed to alert law enforcement authorities.

During an ongoing trial involving one victim who sued the federation and one of the coaches cited by the Star, two leading federation officials explained their actions by pointing to a policy of only reporting cases if the victim or victim’s parent notified the federation. Other reports, the officials said, were considered “hearsay.” Indiana law, where USA Gymnastics is based, however, requires reporting by different parties of even suspected cases of sexual abuse of minors.

The report comes just as the sport is ready to showcase its most talented athletes on sport’s biggest stage.

“We try to keep the kids away from that right now for this moment,” Mihai Brestyan, the U.S. women’s Olympic team assistant coach said after the team’s first training session in the Rio Olympic arena. “We have concerns but we are here to do the best we can. It’s a distraction and I don’t understand why [it came out] now.”

Simone Biles, the three time world champion who is heavily favored to win the all-around gold, said the members of the team had not been on social media and “didn’t know about [the report].” As a group, the gymnasts said their focus was on their last few days of training before the team event begins on Tuesday.

“It is heartbreaking and unacceptable for a young person to have the intolerable burden that results from being a victim of sexual misconduct,” said USA Gymnastics CEO Steve Penny over email. “We share the outrage that sexual assault victims and their families feel. This is why USA Gymnastics has implemented Safe Sport training and created educational materials that encourage members to contact law enforcement first when reporting incidents of abuse.”

With the allegations, questions about where the responsibility for detecting — and more importantly responding to — abuse will become even more critical in a sport in which such cases are more common than they should be. 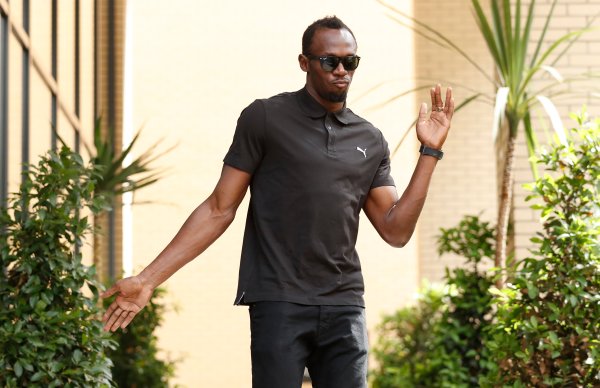 Usain Bolt: Olympic Ban On Russians Will Scare Dopers
Next Up: Editor's Pick