Voting Rights Are Stuck in the 60's

Ideas
By Jonathan A. Greenblatt
Greenblatt is CEO and National Director of the Anti-Defamation League. His new book is It Could Happen Here: Why America is Tipping from Hate to the Unthinkable

In recent weeks there has been some welcome news for our democracy. As courts have blocked or weakened voter restrictions in Texas, North Carolina, Michigan, Wisconsin, Kanas and North Dakota, they’ve made it easier for all eligible voters in those states to participate and make their voices heard on Election Day. Our democracy is undeniably strengthened when every able citizen gets a say.

But the backdrop to this latest set of rulings on voting rights paints a bleaker picture—one of legislatures around the country passing laws that discriminate against voters of color. In striking down North Carolina’s voting law, for example, the Fourth Circuit Court of Appeals held that the legislature had enacted voting restrictions that not only disproportionately impact African-American voters, but actually “target African American voters with almost surgical precision.”

The same week, the Fifth Circuit Court of Appeals weakened Texas’s voter ID law after concluding that it would disenfranchise 600,000 eligible voters, including a disproportionate number of African Americans and Latinos. Shortly thereafter, a federal district court in North Dakota blocked the state from enforcing its voter ID law, finding that “Native Americans face substantial and disproportionate burdens in obtaining each form of ID deemed acceptable under the new law.”

In each of these cases—whether expressly written with an intent to disenfranchise voters of color or not—the effect has been to prevent a disproportionate number of African Americans, Latinos, Native Americans and other minority groups from exercising their fundamental right to vote. It is distressing to note that, while perhaps different in nature and tone, these laws harken back to the days before passage of the Voting Rights Act of 1965 (VRA).

From the end of Reconstruction through the 1960s, states passed law after law disenfranchising African American voters, including grandfather clauses, literacy tests, whites-only primaries and more. By the time the courts could intervene and strike down a law—which, as with cases today, often took years—states had put in place other laws meant to disenfranchise minority voters. The Supreme Court labeled the distressing pattern aptly: as “an insidious and pervasive evil which had been perpetuated in certain parts of our country through unremitting and ingenious defiance of the Constitution.”

That is why, when Congress passed the VRA in 1965, it included not only a provision banning discriminatory voting practices nationwide, but also one that required certain areas with a history of discriminatory voting practices to clear their voting changes with the federal government before they could go into effect, a process known as “preclearance.” The VRA was remarkably successful. For more than 50 years, the combination of the two provisions made it one of the most effective civil rights laws, helping to secure and safeguard the right to vote for millions of Americans. But in 2013 in Shelby County v. Holder, the U.S. Supreme Court essentially gutted the heart of the legislation, striking down the formula used to determine which states and localities would have to preclear their laws. In her dissent in that case, Justice Ruth Bader Ginsburg likened throwing out preclearance to “throwing away your umbrella in a rainstorm because you are not getting wet.”

Read more: Bryan Cranston: Black Voters Are Being Silenced at the Polls

In fact, that’s exactly what has happened. Almost immediately, the floodgates opened, as Texas and North Carolina enacted voting restrictions that had previously been blocked by the federal government. Other states soon followed suit, passing discriminatory voting restrictions. It has taken years—with several elections come and gone in the meantime—for the courts to block or weaken these discriminatory voting laws, many of which had been refused preclearance in the first place.

The decisions of the last few days have been a triumphant win for voting rights advocates, but they are not the long-term answer. Today, as we face the first presidential election without a fully functioning VRA, it is more critical than ever to restore the full powers and protections of the law. When the Supreme Court crippled the VRA in Shelby County, it specifically said that Congress could rewrite the preclearance formula, restoring the critical protections that helped safeguard the right to vote for decades. A bipartisan group in Congress has answered that call, putting forth the Voting Rights Advancement Act, which would create a modern and nimble formula to restore the critical protections of the VRA.

This Saturday will be the 51st anniversary of the signing of the VRA. As an organization whose mission compels us to fight for civil rights, we feel this is a day to be honored. But we should mark the day not only as a watershed moment for our democracy, but with a commitment to restore the critical protections of the VRA once more. 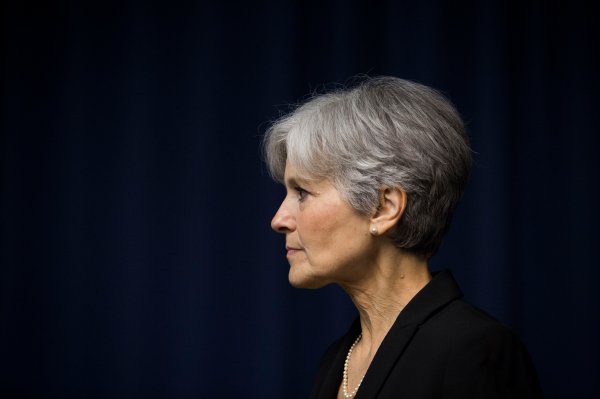 The Real Reason You Can't Vote for an Independent Candidate
Next Up: Editor's Pick