Most Americans Think Their Opinion on Guns is Widely Shared

Allan Stansbery, a member of the West Ohio Minutemen, practices his right to carry a firearm near the Republican National Convention.
Tom Williams—CQ-Roll Call,Inc.
By Chris Wilson

When it comes to how Americans view gun ownership, there is a curious contradiction: Almost everyone thinks the majority of the country agrees with them.

In June, we ran a survey in partnership with social psychologists Sander van der Linden of Cambridge and Princeton Universities and Adam Pearson of Pomona College, in which readers were polled on their opinions about gun ownership and then asked to predict how other people felt about the issue. The more likely the 5,117 respondents were to agree with the statement “I think having a gun in the home increases one’s risk of death,” the more likely they were to think other Americans agreed as well, as the following graph demonstrates.

To social psychologists, these results will probably not be surprising. There is a well-researched concept in the field known as the “false consensus effect,” in which people tend to overestimate the degree to which their attitudes, opinions, and behaviors are shared by others. This has been experimentally verified across a range of subjects, such as health behaviors, Presidential elections and environmental conservation.

“These preliminary results are very much consistent with the literature on social perception,” said van der Linden, who analyzed the results of the survey with Pearson. “Most people have a deep motivation to be part of the prevailing social consensus, and if you and everyone else you know share the same beliefs, it only seems natural to project that this is also how society-at-large feels about the issue.”

In a less formal sense, the “false consensus effect” was on display at the political conventions, where both parties presented their views on the virtues or dangers of owning a firearm as representing the common-sense attitude of most Americans. Republican nominee Donald J. Trump declared that he would “protect the right of all Americans to keep their families safe,” while Connecticut Sen. Chris Murphy took the stage at the Democratic Convention to declare that “the gun lobby fights to keep open glaring loopholes that 90 percent of Americans want closed.”

Van der Linden and Pearson’s analysis found a similar effect when readers were asked to predict how social scientists who have studied gun ownership felt about the question. Again, people tended to think the research was on their side. Those who agreed that gun ownership led to a higher chance of death estimated that the scientific consensus was 15 percentage points higher than those who disagreed.

In fact, neither group was terribly accurate in their predictions. According to the most recent Gallup survey, only 30 percent of Americans agreed that owning a gun makes one less safe, meaning people of all opinions on the issue overestimated the percentage of Americans who agree with the question. By contrast, nearly everyone underestimated the scientific consensus. A recent study found that 84 percent of social scientists who have studied gun ownership agreed with a similar statement.

While there is a clear and significant correlation between how people feel about guns and how they perceive that others feel, there is compelling evidence that this perception influences one’s personal opinion too.

To test this reciprocal effect, the researchers working with TIME ran the results through what is known as the “Gateway Belief Model,” a psychological theory which van der Linden and colleagues developed to predict one’s views on social issues using perceived consensus of others as the input, not the output. They found a fascinating result: For self-identified Democrats, it was their guess about the scientific consensus that had the most relative predictive power in determining how they felt about gun safety. Although Republicans’ attitudes were also influenced by the scientific consensus, their policy position was instead more strongly predicted by their perception of what fellow Americans thought. In other words, the more Republicans perceive that Americans agree on the fact that gun ownership increases one’s risk of death, the more likely they are to support stricter gun control laws.

“Our research shows that, in forming social judgments, both liberals and conservatives rely on consensus cues from a neutral ‘out-group,’ such as scientists, which often acts as a ‘gateway’ to shaping other key personal beliefs,” van der Linden said. “However, at the same time, a large body of social-psychological work, including our own, also finds that conservatives typically value adherence to social norms and social conformity more than liberals.”

This is also reflected in the data, van der Linden said. When comparing the influence of what scientists and Americans think on the issue, the views of fellow Americans had little to no effect on Democrats’ judgments but exerted a strong influence on Republicans’ personal views about stricter gun control laws. 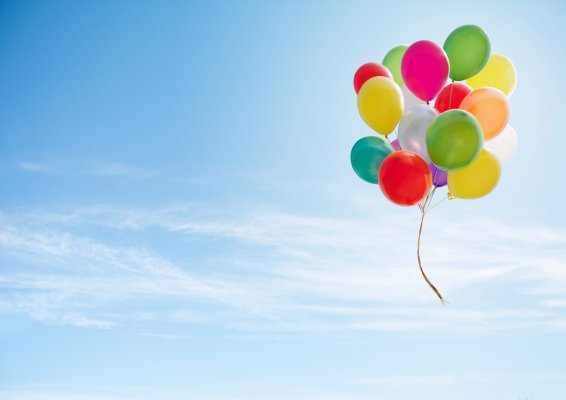 This Is How to Find Happiness: 6 Proven Secrets From Research
Next Up: Editor's Pick