Of course, that’s because he’s burning so much as he preps for the ultimate face-off against Michael Phelps next week in Rio. Still: a lot of food.

He told Bon Appetit “if I’m not eating, then something is wrong.” Eight thousand calories demands both a great deal of chewing (at one point, he said, his jaw got sore from all the consumption) and a great deal of food preparation, so luckily he has the help of a personal chef, Glenn Lyman, who previously worked for basketball champ Lebron James.

Breakfast is a major undertaking, involving five to six eggs with spinach, tomatoes, and ham; hash browns or some kind of potatoes; pancakes; oatmeal; fruit; and a French vanilla coffee with sugar and milk. With his grueling training before a match, carbo-loading is important; he’ll double down on pastas like Fettuccine Alfredo and proteins like chicken and steak. A few hours before a match, he’ll chow down on another whole meal, too.

There are countless other staples you might not expect from one of the world’s best athletes. Read more here. 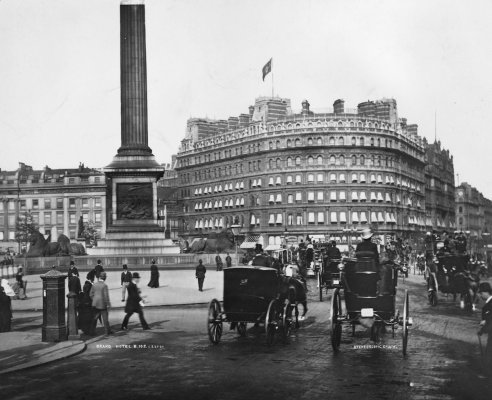 The Food Critic Who Reviewed Victorian London's Vegetarian Offerings
Next Up: Editor's Pick