How Instagram Complicated Police Negotiations With Baltimore Mom Before Her Death

A Baltimore mother who posted videos on Instagram during her standoff with police on Monday was urged by her followers not to cooperate with cops before she was shot dead, authorities said, highlighting the increasingly prominent role social media has been playing during violent police encounters.

The comments, which police say encouraged 23-year-old Korryn Gaines “not to comply with negotiators’ request that she surrender peacefully,” may have escalated the fatal standoff, which ended in gunfire after Gaines pointed her shotgun at an officer through her doorway and threatened to shoot him.

Gaines had barricaded herself in her home with her 5-year-old son after police officers arrived to serve her with a bench warrant after she failed to appear in court.

Baltimore County Police Department Chief James Johnson said authorities had tried to stop the online interference by filing a request with Facebook, which owns Instagram, to deactivate her accounts on both apps. “You can see the utility of taking that action,” he said at a news conference Tuesday. “For hours, we pleaded with her to end this peacefully.”

The incident marked a turn in the role played by social media in fatal police shootings. In the recent deaths of Alton Sterling in Louisiana and Philando Castile in Minnesota, both black men shot dead by police, video of the fatal moments were recorded and widely circulated.

Such real-time videos can serve as evidence and affirmation for the person shooting them, says Erhardt Graeff, a researcher at the Center for Civic Media at MIT, who studies social media and activism. “That’s very empowering for the person being arrested or questioned because they’re able to reach out to an intimate community during that moment,” Graeff said. “It gives us a chance to be in their shoes and see that perspective. I think that’s very powerful in terms of allowing for more people to participate in that campaign.”

Critics of law enforcement have encouraged the use of social media to record encounters with officers, but the practice can also stymie police negotiations and sever possible connections between a suspect and an officer because it creates a physical and sometimes emotional barrier, according to Graeff. “You’re shielding yourself with that phone, and what used to be a two-way engagement is now a three-way engagement or more,” he said.

The videos shared in Gaines’ case showed that social media posts in cases of police violence can do more than just bear witness—the comments and live feedback can have an effect on what’s happening in real time, which poses its own set of challenges.

As Monday’s five-hour standoff unfolded, Gaines posted at least three videos on Instagram, which she shared to her Facebook page, officials said. In one video, she asks her young son, Kodi Gaines, what the police officers outside are trying to do to them. “They trying to kill us,” he says.

Police said one of the officers fired his weapon after Gaines pointed her weapon at them. That sparked a gun battle between Gaines and the officers, in which Gaines was killed after firing two rounds.

Her son was shot in the arm and was hospitalized but was listed in good condition after the incident. Authorities said it’s unclear whether police or his mother fired the bullet that struck him.

Gaines’ mother, Rhonda Dormeus, told the Baltimore Sun that her daughter ignored pleas from her boyfriend, who was with police, to surrender as the two spoke during a brief telephone call during the barricade. “I could hear her boyfriend telling her it wasn’t worth it, to just come on out,” Dormeus, 49, told the newspaper. “At that time the phone went dead.”

Police spokeswoman Elise Armacost said one officer who discharged his weapon is on administrative leave, which she said is standard for all police-involved shootings.

The police department’s homicide unit and administration are investigating the case, which will then go to Baltimore County State’s Attorney for review, Armacost said.

Two of Gaines’ videos during the standoff were removed by Facebook because they violated the company’s policy against “credible threats of physical harm to individuals,” although it’s unclear how soon after police had sent their request. A company spokeswoman said it responds to emergency requests from law enforcement when the matters involve “imminent harm to a child or risk of death or serious physical injury.”

Facebook has received 855 of these types of requests from the government between July and December of last year, according to its statistics.

The warrant that officers were trying to serve to Gaines on Monday was issued when she failed to appear in court for charges including disorderly conduct and resisting arrest, related to a traffic stop in March.

In that incident, Gaines was pulled over by police because her car was missing a license plate. In its place was a piece of cardboard that read: “Any government official who compromises this pursuit to happiness and right to travel, will be held criminally responsible and fined, as this is a natural right to freedom.”

She resisted arrest during the traffic stop and fought officers as they tried to remove her from her vehicle, saying that they would have to “murder” her before she’d get out, police said.

While Graeff touted the power of sharing videos of police encounters on social media, he warned of the consequences of reading comments in real-time as situations play out. “Certainly you want to be present in that moment because you’re in danger,” he said. “Reading those comments social media might take you out of that moment.” 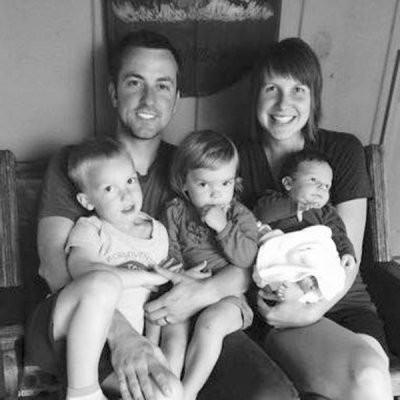 A Minnesota Family Died in a Car Crash on Their Way to Missionary Training
Next Up: Editor's Pick