How a Female Sailor in the Navy Just Made History

The U.S. Navy has been working to integrate women into its submarine crews for the past few years, and it took another big step forward this week. A chief petty officer became the first woman enlisted sailor to earn her submarine qualifications, CBS News reports.

Chief culinary specialist Dominique Saavedra received her silver dolphin pin in a ceremony on Tuesday at Puget Sound Naval Shipyard in Bremerton, Wash. She will deploy on the USS Michigan, a nuclear-powered guided missile submarine, later this year.

“I couldn’t be more proud to wear the ‘dolphins,’” Saavedra said in a statement. “To have earned the respect of my fellow submariners is more rewarding than expected.”

The first female enlisted sailors began submarine training last August, marking a major milestone for women serving in the Navy. When Saavedra deploys on the USS Michigan, this will be the ship’s first voyage with female crew members, according to CBS News, and women will make up about 20% of those onboard. Applications for the next round of submarine training for enlisted women open in October. 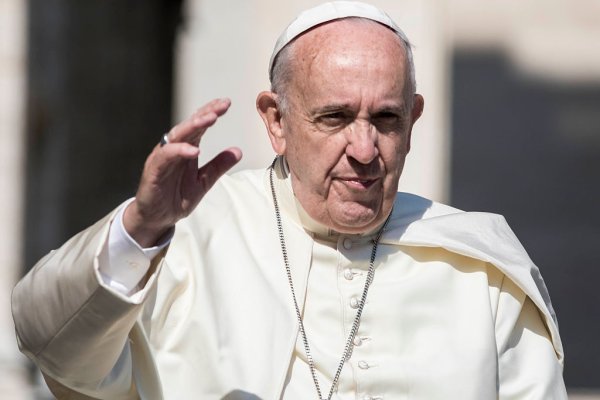 Pope Francis Opens the Door for Future Female Deacons
Next Up: Editor's Pick