The Original Pete's Dragon Was 'Gorgeous, in a Ghastly Sort of Way'

The new Disney version of Pete’s Dragon is hardly a remake of the plot of the 1977 film with which it shares its name: it still has a dragon and a kid named Pete, but the live-action-plus-CGI drama promises fewer goofy pratfalls and songs, and more modern angst and sweeping orchestral scoring.

The ’70s version was, as TIME described upon its release, the story of an orphan boy “so appealing that you want to strangle him” and his dragon friend, as they make an impression on the denizens of a 19th-century Maine town. And, though its songs were dismissed as “a good opportunity to line up for more popcorn,” the overall impression was charming enough that perhaps it should be no surprise the title is being reused.

As TIME critic John Skow wrote, the live-with-cartoons romp was fun, largely due to the help of said dragon:

And, Skow noted, it arrived at an apt moment. Speaking of the “in the nick of time” nature of a major plot point, he noted that “nicks are another reason that the 1890s are good for story writing; modern times don’t seem to have nicks, only a lot of existential despair” and that some adult viewers of the film would likely feel a wistful yen for a dragon of their own, to “scare a little appreciation and respect from an uncaring world.” 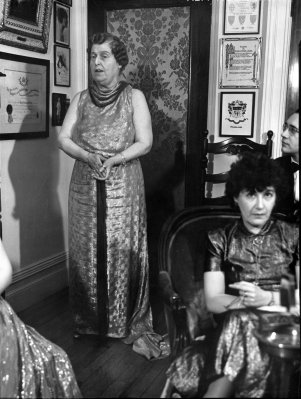 What It Was Like to Hear the Real Florence Foster Jenkins Sing, as Told in 1934
Next Up: Editor's Pick