Terror Threat Looms as Olympians Ready to Compete in Rio

As hundreds of thousands of people descend on Rio de Janeiro for the 2016 Olympics, the specter of terrorism is ever-present. The main venues are thronged by armed guards, jeeps filled with police and military toting automatic weapons whizz by at all hours and thousands of plainclothes agents–including U.S. intelligence officials–are mixed among the crowds, working undercover.

For the athletes, spectators and locals on the ground in Rio, the first Olympics held after a summer filled with horrific attacks, the effect is clear: for the next few weeks, this city is a target.

“It’s quite concerning, and sad, that here we have this sporting stage, and we have to focus on our events, but it’s in the back of our minds,” says Matelia Buadromo, a swimmer from Fiji. “After Paris, you can’t help but think about it.”

Buadramo and teammate Sisilia Seavula, a sprinter, said they were talking about the threat of an attack on a recent bus ride. “We have to be cautious wherever we go,” says Seavula.

In July, Brazilian police arrested 12 people suspected of planning an ISIS-inspired attack, although there has been no public disclosure of a credible plot on the Games. Brazil is deploying 85,000 soldiers and police during the Games and Brazil’s Ministry of Defense has said that all spectators’ names will be checked against a database of people with suspected terrorism ties. The U.S. is also aiding the effort, mobilizing more than 1,000 spies to work with Brazilian intelligence agencies, according to a report from NBC News. There has not been a mass attack at the Olympics since the bombing at the 1996 Games in Atlanta.

Many Rio natives, known as Cariocas, are concerned is about the potential security vulnerabilities created by the demands of protecting the Olympics. Indeed, violent crime is a persistent problem in the city. Street robberies rose 81% in Rio state in June, and three Swedish tourists were briefly kidnapped Wednesday before being released. The governor of Rio declared a “state of calamity” and “state of financial emergency” before the Games. How, some Cariocas wonder, can Brazil possibly ensure the safety of its citizens in addition to that of half a million visitors?

“We are afraid,” says Paulo Rosman, an environmental engineering professor from Rio. “This is a big window for terrorists. We don’t have terrorism in Brazil, but these days, you never know what some lunatic is going to do. You need to be concerned with that. Just look at Europe.”

Most athletes, however, are sanguine about the threat of an attack. “You’re the first person to bring that up,” says Britta Heidemann, a fencer from Germany. “Athletes don’t discuss it.”

“I don’t worry about it,” says Fares Ferjani, a fencer from Tunisia. “Everyone comes in peace. I think.”

Most Popular on TIME
1
There's No Evidence That Vitamin-D Prevents Coronavirus
2
What Would a Biden Presidency Look Like? Obama’s White House Photographer Picks Six Photos That Offer Clues
3
America's Richest Have Taken $50 Trillion 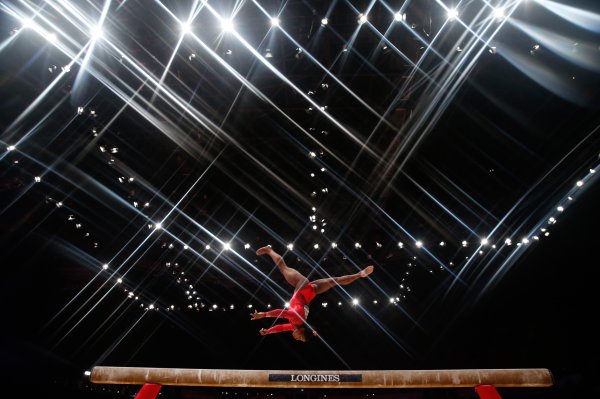 60 Athletes to Watch at the 2016 Summer Olympics
EDIT POST