Chelsea Clinton delivers remarks on the fourth day of the Democratic National Convention at the Wells Fargo Center on July 28, 2016 in Philadelphia.
Paul Morigi—WireImage
By Abigail Abrams

Many praised Chelsea Clinton’s speech at the Democratic National Convention last week as an important moment in humanizing her mother and getting voters to see the personal, loving side of Hillary Clinton. But it turns out there was also physical evidence of her speech’s impact.

After the former first daughter mentioned that she was a huge fan of Madeleine L’Engle’s A Wrinkle in Time during her speech, sales of the book soared on Amazon. Immediately following Chelsea’s speech on July 28, the book was at No. 376 on the site’s Best Seller list. But when Slate reported the spike and checked its ranking 12 hours later, A Wrinkle in Time had risen into the Top 100 and came in at No. 85.

“I remember one week talking incessantly about a book that had captured my imagination, A Wrinkle in Time,” Chelsea Clinton said during her speech. “Only after my parents had listened to me would they then talk about what they were working on, education, healthcare, what was consuming their days and keeping them up at night.”

Her love of books also extended to Goodnight Moon, which she said was the centerpiece of one of her first memories. The children’s book began the evening at No. 55 on Amazon’s Best Seller list, according to Slate, and by the next day it was at No. 43.

If all of that wasn’t satisfying enough for Chelsea, the books she mentioned loving easily surpassed Donald Trump’s Art of the Deal, which came in at No. 356 on Amazon the morning after her speech. The books have dropped down the list a bit in the week since the DNC, but both books Clinton mentioned still rank higher than Trump’s famous tome. 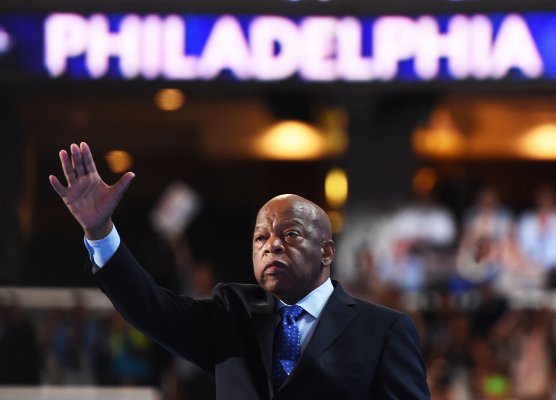