Inmates sleep on the ground of an open basketball court inside the Quezon City Jail at night in Manila, Philippines, on July 19, 2016. There are 3,800 inmates at the jail, which was built six decades ago to house 800.
Noel Celis—AFP/Getty Images
By Andrew Katz

What’s going on here? The mind doesn’t register it at first. This tangle of bodies forces you to lean in and hunt for clues. These are people, sure, but what are they doing? Why are they lying that way?

First, the facts: The men are alive. They are inmates at the Quezon City Jail near Manila, the capital of the Philippines, a nation of 98 million. A photographer, Noel Celis of Agence France-Presse, recently spent several days and nights at the jam-packed facility and emerged with a rare and intimate look inside one of the world’s most-congested penal systems.

Jails around the country are holding five times the intended amount of inmates, according to AFP, which cited government data, and the Justice Secretary said areas for new facilities were being prepared. This specific jail reportedly houses those who are on trial but have not yet been convicted; it holds some 3,800 inmates despite being originally built for 800.

The idea to enter the jail emerged in an AFP editorial meeting, Celis told TIME in an email. A reporter in Manila, Ayee Macaraig, suggested a story on jails and Celis proposed the Quezon City complex, which he had previously visited.

Once at the jail, Celis asked the warden if he could photograph the men as they slept. “I was expecting to see sleeping inmates on the open basketball court but not cramped like sardines,” he said. “To go from one place to another, inmates need to stand up to give way.” For the photographer, the scene reminded him of old inferno paintings.

Inmates sleep on the steps inside the Quezon City Jail at night in Manila, Philippines, on July 21, 2016.
Noel Celis—AFP/Getty Images

Celis’ goal is simple: to expose the current state of the jail in a bid to shock viewers and advocacy groups into helping and push the government to find a solution, or perhaps build another facility. “What’s the use of photojournalism if the readers or the world would just appreciate the pictures as art,” he said. “If there’s no reaction, it’s either of the two: The photographer is a failure or the world just [doesn’t] care [and] the message didn’t get through.”

At the least, his images are calling more attention to an overcrowded prison system that’s drowning under the crackdown pushed by Rodrigo Duterte, the controversial president elected in May. Human Rights Watch recently came across the picture of inmates sleeping in the jail and attached it to a “dispatch” highlighting the safety issues and health effects from inadequate necessities and sanitation.

Phelim Kine, the deputy Asia director at HRW, said these dispatches aim to bring attention to particular rights abuses. In the Philippines they have recently revolved around the president’s anti-drug campaign that critics allege has emboldened vigilantes and left hundreds dead. “There has been a sharp increase in suspected drug dealers and users who are surrendering themselves to authorities because they are afraid they are going to get killed next,” he added. “They actually see prison as a safe haven.”

When it came time to find an image for a dispatch this week, titled “Philippines’ ‘War on Drugs’ Worsens Jail Miseries,” Kine said “everyone said this is the image–this is the one we want to carry this.”

Kine called the country’s detention centers “a human disaster” and said scenes that are similar to what Celis captured could be found across the country. “You have people spending years literally in prison waiting for a court date,” he said. “Jails, prison facilities, detention centers have become these holding tanks for people who’ve never had their day in court. The mass surrenders of suspected drug users and dealers are worsening that on an almost exponential level.”

Noel Celis is an Agence France-Presse photographer in the Philippines. 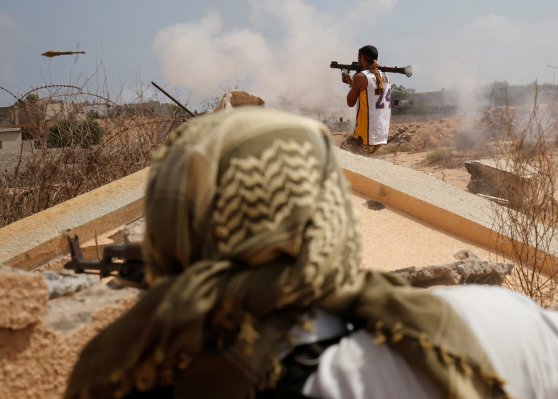