Anticipation for Harry Potter and the Cursed Child had been building for months before its July 31 release date and the payoff was massive. Scholastic announced the script book sold more than 2 million copies in the U.S. and Canada in its first two days on shelves.

“Eager fans of all ages gathered at midnight parties in bookstores and libraries to get their copies of Harry Potter and the Cursed Child, bringing communities together to celebrate the magic of reading and the power of great storytelling,” said Ellie Berger, President, Scholastic Trade, in a statement. “It’s an incredible start and all the signs are indicating continued strong sales for this exciting release.”

The midnight parties were similar to the ones thrown just before the original series’ books would debut. “It became pretty apparent quickly after word came out that people still wanted to congregate together to celebrate Harry Potter, dress up, and relive all these memories that formed their childhood,” Bryan Samsone, the manager of Austin’s largest independent bookstore BookPeople, told EW before the script’s release.

Cursed Child is the eighth Harry Potter story, and was first announced as a play to be performed on London’s West End. By J.K. Rowling, John Tiffany, and Jack Thorne, the book is not a sequel, according to Rowling, but the story does take place in the wizarding world 19 years after Harry Potter and the Deathly Hallows.

For more on Cursed Child, see EW’s review of the stage production and our review of the script. If you dare, take a deep (spoiler-y) dive into all the magical moments and new characters in our discussion post. 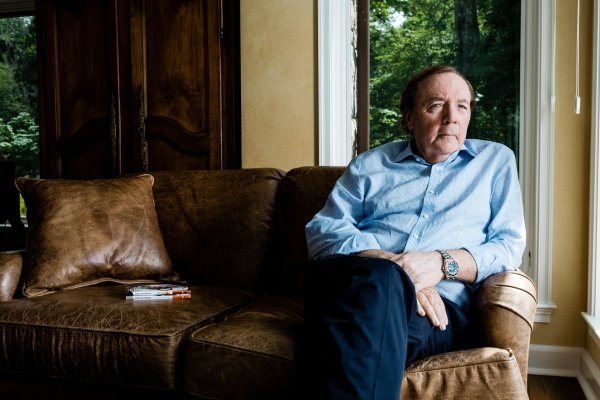 These Are the Highest-Paid Authors of 2016
Next Up: Editor's Pick