Prince performs during the "Pepsi Halftime Show" at Super Bowl XLI between the Indianapolis Colts and the Chicago Bears on February 4, 2007 at Dolphin Stadium in Miami Gardens, Florida. (Photo by Jonathan Daniel/Getty Images)
Jonathan Daniel—Getty Images
By Cady Lang

The artist known as Prince Rogers Nelson has a musical legacy that most artists can only dream of. His most famous song is undoubtedly “Purple Rain” — also the name of his semi-biographical 1984 feature film and its accompanying soundtrack — which helped Prince earn mainstream success and worldwide fame.

However, the first time that the Purple Rain track list was performed was nearly a year before the film or album were produced, at a benefit concert for the Minnesota Dance Theatre at the legendary First Avenue (where Prince also filmed scenes for the movie.) It was at this event that the Purple One debuted most of the album and recorded versions of “I Would Die 4 U,” “Baby I’m a Star” and of course, “Purple Rain.” According to Prince producer David Rivkin in an interview with Minnesota’s The Current, no one had any idea what his Purpleness had in store.

“Nobody knew anything. I didn’t know if it was just for his own personal folly or if he was gonna use it for something,” Rivkin said. “It was kind of a weird situation. I kind of assumed it was going to be a record, but I didn’t know there was a movie being written.”

However, the project’s relative anonymity might have been exactly what Prince needed for this crucial track, according to Rivkin.

“I guess because it was fresh and new and it came off so good that he decided to use it,” Rivkin said. “He could have waited and done 20 shows and picked the best one, but he didn’t. He’s kind of like that though — it’s like first impressions are the most important.”

The event’s 75-minute set raised nearly $23,000 for the dance company, a sum that becomes even more extraordinary when you factor that each ticket was $25 — $60 in today’s prices — (and a steep increase from the general $4 or $5 ticket for a show).

In honor of the 33 years since he first performed “Purple Rain,” listen to the recording that happened at First Avenue on this day nearly three decades ago and pour one out for the one and only Prince. 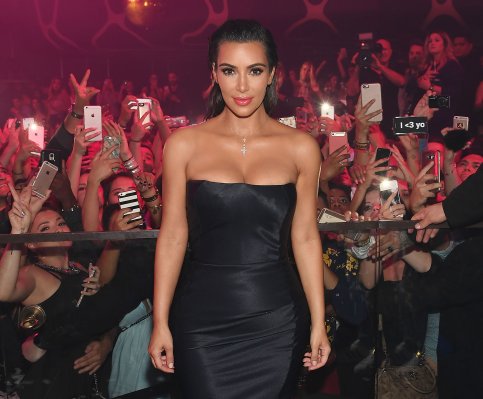 Kim Kardashian Gets 'Sad' as Her BlackBerry Bites the Dust
Next Up: Editor's Pick