The Trump Taj Mahal in Atlantic City, N.J., will close its doors after Labor Day, the casino announced Wednesday, following weeks of strikes by union members.

“Currently the Taj is losing multi-millions a month, and now with this strike, we see no path to profitability,” said Tony Rodio, president and CEO of Tropicana Entertainment Inc., which manages the casino, according to the Associated Press. “Our directors cannot just allow the Taj to continue burning through tens of millions of dollars when the union has singlehandedly blocked any path to profitability.”

Members of the Unite Here Local 54 union began striking on July 1 over health and pension benefits. About 3,000 workers will lose their jobs as a result of the closure, the AP reported.

The casino was opened by Republican presidential nominee Donald Trump in 1990 and still bears the Trump name, though it is now owned by billionaire Carl Icahn through Icahn Enterprises. Democratic nominee Hillary Clinton has used the casino to target Trump, pointing to it as an example of what she called Trump’s “shameful” business practices during a speech in Atlantic City last month.

Bob McDevitt, president of Unite Here Local 54, called the decision to close the casino “petty” in a statement on Wednesday and accused Icahn of not trying to reach a fair agreement.

“It is the epitome of the playground bully, who picks up his ball and announces he is going home because nobody else would do it his way,” he said. 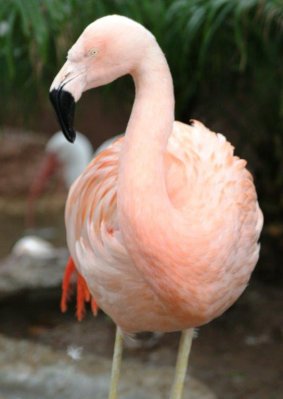 Flamingo Named Pinky Euthanized After Man Attacked It at Busch Gardens
Next Up: Editor's Pick