Republican presidential candidate Donald Trump said on Monday that the relationship between the U.S. and Russia is the “worst situation that we’ve had with Russia since the end of the Cold War” and that, should he win the election in November, he “could see” meeting with Russian President Vladimir Putin prior to beginning his term in office.

The candidate’s relationship with Russia has made news throughout the election season, but it goes back much further than that. And these most recent statements are not the only time he has discussed negotiating with Russian leaders from a position outside of public office.

In 1987, Trump traveled to the Soviet Union to investigate building a hotel there. He also said that he had read Mikhail Gorbachev’s 1987 book Perestroika because, while he didn’t find it particularly exciting or enjoying, he felt an obligation to do so. (“He does not believe, though, that he needs many such exercises to get on in the world,” TIME’s Otto Friedrich noted. “‘I can sit down with the most sophisticated people in the arts in New York and get along fabulously with them,’’’ he says. ‘If I want to, I can convince them that I know as much about something as they do, and I don’t.'”)

The hotel didn’t pan out, but in 1988, when Gorbachev planned a visit to New York City to meet with the U.N. and with Presidents Ronald Reagan and George H.W. Bush, there was a surprising stop on his planned itinerary: Trump Tower.

As TIME reported that December, Donald Trump and his then-wife Ivana had invited the Soviet General Secretary to visit the building and sit down to dinner. A Soviet official had responded to the invitation directly, in the affirmative, and indicated that it would be a private meal for just the Trumps and the Gorbachevs. Trump—”who does not discourage talk of his presidential ambitions and who buys newspaper ads laying out his plans for world nuclear disarmament,” as TIME then put it—said that he hoped to act as “a representative of the American people” in showing the Communist leader all that Capitalism had to offer.

The visit, however, didn’t pan out: Gorbachev’s plans changed and before he arrived, and Trump was nixed from the line-up. 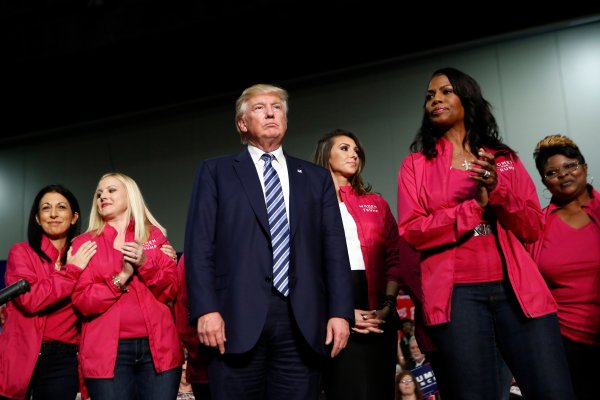 Why Donald Trump Has Already Lost
Next Up: Editor's Pick