Donald Trump’s campaign announced Wednesday that it raised $80 million in conjunction with the Republican National Committee.

The provisional figures mark a massive improvement since May when the Trump campaign reported having barely more than $1.3 million in cash.

The Republican presidential nominee raised $64 million of the new haul through small-dollar donations solicited online and through direct mail, with another $16 million coming from 20 fundraising events hosted by Trump and the party, according to a campaign press release. Trump also gave $2 million of his own money to the campaign as part of a matching program.

“Our volunteers and contributors are clearly committed to electing Donald J. Trump as President in November,” said Trump campaign finance chairman Steve Mnuchin in a statement.

By contrast, the Hillary Clinton campaign announced Tuesday that it raised $90 million in July for the campaign and the Democratic Party, including $8.7 million that came in the 24 hours after she accepted the nomination.

Clinton is expected to hold more fundraisers in August, including one that will reportedly take place at the home of actor Leonardo DiCaprio.

Overall, Clinton is ahead of Trump on fundraising, having focused since the primaries on wooing major donors. 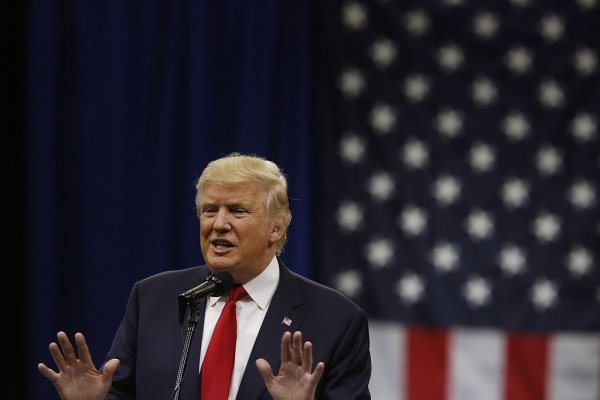 Here's What Donald Trump Has Said About Nuclear Weapons
Next Up: Editor's Pick