Microsoft is opening up sales of its HoloLens headset to anyone living in the U.S. and Canada with $3,000 to spare.

The company, which first began selling its holographic eyewear to app builders in March, announced in a blog post that interested buyers will no longer be required to submit a developer application to purchase a HoloLens. Those who wish to buy a headset can do so directly from Microsoft’s HoloLens website for $3,000.

“We’ve fulfilled the orders for our first waves of developers, and today I’m pleased to announce that we’re expanding the program,” Microsoft’s Alex Kipman wrote in the blog post.

The headset Microsoft is currently selling is the same one it’s been offering to developers over the past several months. That means the eyewear still geared toward app creators and businesses rather than consumers, as Microsoft notes on its HoloLens checkout page. The company has yet to offer any details about a consumer-oriented version of HoloLens.

The HoloLens is an augmented reality headset that runs on Windows 10. It projects three dimensional graphics onto the real world around the wearer, unlike virtual reality headsets, which completely encapsulate the viewer in a digital world. The HoloLens also does not need to be tethered to a computer in order to work, like high-end VR headsets such as the Oculus Rift and HTC Vive. So far, Microsoft has been touting the HoloLens as a workplace collaboration tool. Google-backed startup Magic Leap is working on similar technology. 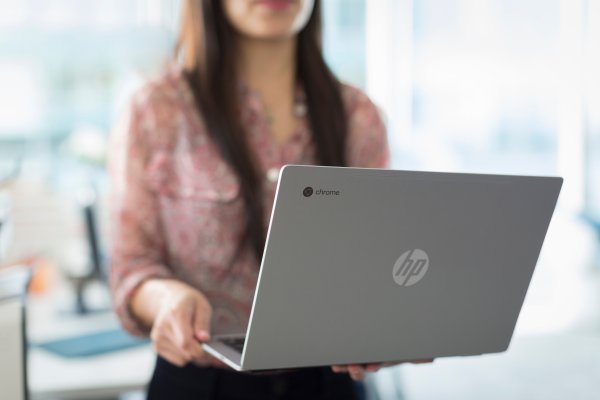 This Beautiful New Chromebook is Much Cheaper Than Google's
Next Up: Editor's Pick