Rami Anis, a Syrian refugee swimmer on the Olympic refugee team, trains at the Olympic Aquatics Stadium ahead of the opening ceremonies in Rio de Janeiro on July 28, 2016.
Mario Tama—Getty Images
By Jared Malsin

In October of 2011, the popular uprising in Syria was turning from protest to armed rebellion. In the city of Aleppo, a young champion swimmer named Rami Anis was worried about his future. He had risen to become one of Syria’s top athletes as a teenager, but all that was at risk with bombs exploding and the government rounding up suspected rebels.

As a 20-year-old youth, Rami could have been drafted into the Syrian government military, the same force the regime employed to fire on protesters and shell civilian neighborhoods. “I do not want to be in a war where all the victims are Syrians. So, I did not want to do the military service,” he said in a phone interview in July.

Instead, like so many others, he fled. His family sent him by car across the Turkish border to the city of Antakya, then by plane to Istanbul, where he joined an older brother who lived there. It was the start of a long odyssey that would eventually see him settle in Belgium as a refugee.

Now at the age of 25, Anis is a member of the Refugee Olympic Team, a group of 10 athletes who will march under the Olympic flag during the opening ceremony of the 2016 summer games in Rio de Janeiro on Friday. He will join another Syrian swimmer, runners from South Sudan and Ethiopia, and two judo athletes from the Democratic Republic of the Congo. The team is organized by the International Olympic Committee with the help of national Olympic committees hosting the athletes in Belgium, Brazil, Luxembourg, and Germany.

The team is stateless, representing the world’s refugees at a moment when the planet is grappling with the largest mass movement of people since World War Two. The team offers a poignant and heroic storyline at the troubled Rio Olympics, where athletes and officials are bracing for range of problems including concerns about infrastructure, unsafe water, and the Zika virus. Team Refugees carries a simple message: Hope for the millions of ordinary people currently displaced by deprivation and war.

“Refugees are just like the rest of the people of the world. They have abilities but conditions of war kept them from participating and leading normal lives,” says Anis, speaking from a training camp in Hungary in July.

Rami Anis, an Olympic refugee team swimmer from Syria, dives while training at the Olympic Aquatics Stadium ahead of the opening ceremonies in Rio de Janeiro on July 28, 2016.
Mario Tama—Getty Images

Of course, Olympic athletes are far from ordinary people, and Anis is no exception. A specialist in the 100m butterfly, he began competitive training as a swimmer at the age of 14 and was soon participating in local and national competitions. As part of Syria’s national team, he traveled to compete in the Gulf and China and Europe.

But after civil war broke out, he became one of 10 million people displaced by the fighting between the authoritarian regime led by President Bashar Assad and a variety of rebel groups. An estimated 470,000 people are dead and the United Nations says almost 5 million have fled the country.

Anis picked up swimming training again in Istanbul, Turkey, where he and his family found refuge. He trained with the renowned Galatasaray sports club, but he was unable to continue competing on an international level (as a non-citizen, he could not join Turkey’s national team). For four years, his soaring aspirations for athletic glory were put on hold.

Then came 2015 and the chance for a journey to Europe, where Anis could train more intensively and perhaps even get a shot at serious competition. In October of that year, Anis joined the hundreds of thousands of other refugees, including many other Syrians, in attempting the dangerous sea route from Turkey to Greece. He and a younger brother went to Izmir, on Turkey’s western coast, where they found two spots on one of the numerous informal boats leaving for Greece.

They crossed at night in a boat crowded with people of all ages, from children to the elderly. The risk of capsizing was high. In 2015, some 3,770 people reportedly drowned or otherwise died on similar voyages across the Mediterranean. “You have to imagine everything. What if the boat toppled, what should you do? Of course, I would not only swim and save my own life. I would try to help as many people as possible,” he remembers.

They landed safely in Greece, and then embarked on an epic overland journey through Macedonia, Serbia, Croatia, Hungary, Austria, Germany and finally Belgium. He managed to settle in Belgium and join a swim team. The brothers have been joined by their father but are waiting on the paperwork for their mother to arrive from Turkey. The vast majority of Anis’s family and friends have fled Syria, where the fighting continues part of his hometown of Aleppo is under siege by pro-government forces.

At the summer games in Rio, Anis says his goal is to shave a second off his own personal best in the 100 meter butterfly, from 55 seconds down to 54. That won’t put him near medal contention — at the 2012 Olympics in London, Michael Phelps won the gold in the same event with a time of 51.21 — but Anis says he is overjoyed to have come this far.

“My dream has relatively come true,” he says. “We are not going to be only 10 athletes. We are going to represent millions of refugees around the world. For me, this is great.”

This story was produced in collaboration with Sports Illustrated 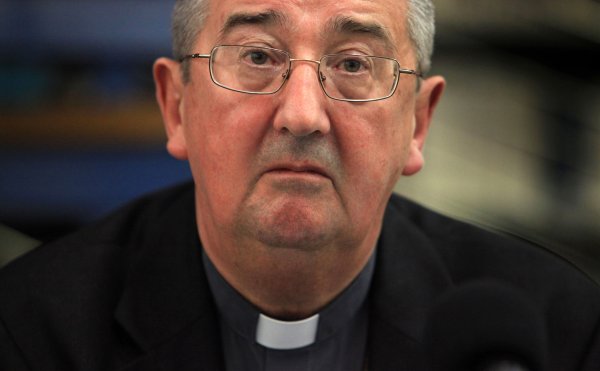