An American Airlines pilot is being hailed a hero after he was captured on video tackling an unruly passenger who allegedly assaulted a female flight attendant during a flight.

The pilot, whose name has not yet been released, can be seen in cellphone footage taking down the 25-year-old passenger Michael Kerr, who was slurring his words, after the man forcibly shoved the attendant to the floor, the Charlotte Observer reports.

“Enough!” the pilot yells as he grapples with Kerr before holding him down on the aisle floor. “You don’t put your hands on my flight attendant!”

The incident took place July 21 on a flight from Lexington, Ky., to Charlotte, according to the Observer.

Kerr has been charged with being intoxicated and disruptive, assault on a female, communicating threats and interfering with the duties of a flight crew or attendant, the newspaper reports. He was released on $25,000 bond and has been banned from flying as he awaits trial.

American Airlines did not immediately respond to a request for comment Tuesday. 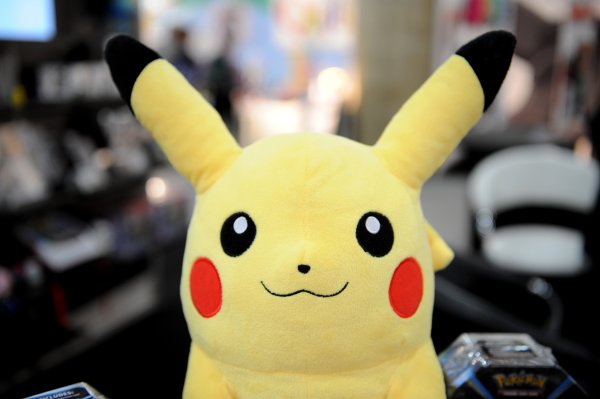 This Mysterious "Pokemonument" to Pikachu Is Peak Pokémon Go
Next Up: Editor's Pick