Ivanka Trump Wrote About Being Sexually Harassed By Construction Workers

Donald Trump and his son Eric have done a fair amount of talking in recent days on what daughter/sister Ivanka Trump would do if she were sexually harassed in the workplace. In contrast to the women who’ve come forward with accusations against Roger Ailes, Donald said he’d hope his daughter would find a new career or job. Eric called her “a strong, powerful woman” who “wouldn’t allow herself to be subjected to it” (though he added that sexual harassment was a “no-go” and should be reported to human resources).

Ivanka has not yet weighed in on the hypothetical situation herself—but she has previously addressed the question of sexual harassment in the workplace, in her 2009 book The Trump Card: Playing to Win in Work and Life.

Ivanka’s first real job was with Forest City Ratner, working on a development team for a shopping center (which, she points out, did not compete directly with any Trump Organization projects). The night before, she writes, she had an “anxiety dream” about “walking through a construction site with my new boss when one of the construction workers whistled at me.” It’s a scenario she had experienced in real life many times before, on her father’s construction sites. “But in those cases, the workers never realized I was the boss’s daughter,” and they apologized profusely when they found out.

“Here, though,” she writes, “I couldn’t shake thinking that I needed to come up with a disarming line to defuse the situation and keep the embarrassment level to a minimum. After all, I kept reminding myself, my new boss would be observing my reaction, which meant that if anything like that happened it would put me into an uncomfortable, no-win situation. If I ignored the inappropriate remarks, I might come across as weak. If I responded too harshly, I’d be a tightly wound witch.”

Ivanka seems to have a more nuanced understanding of sexual harassment than her male family members. But she concluded that section of the book with a somewhat light note: “Sexual harassment is never acceptable, and we must stand against it. At the same time, we must recognize that our coworkers come in all shapes, stripes and sizes. What might be offensive to one person might appear harmless to another. Learn to figure out when a hoot or holler is indeed a form of harassment and when it’s merely a good-natured tease that you can give back in kind.”

So much for those of us who’d prefer no hooting or hollering in the workplace at all.

Not that the Trumps are especially known for empathy. A few pages before the anxiety dream, Ivanka describes a lesson in punctuality, when she and her father were sitting on his private plane waiting for his then-wife Marla Maples to arrive for takeoff. As usual, Ivanka says, Maples was running late, and when her car finally pulled up on the tarmac

This wouldn’t have happened if tardiness hadn’t been a chronic problem, Ivanka says, and Marla never missed a departure time again. “Anyway,” Ivanka writes, “that’s the mind-set I took with me to my first day on the job.” 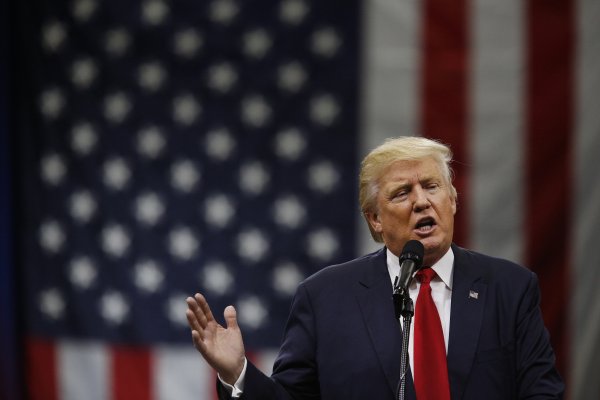 Donald Trump Hopes Ivanka Would 'Find Another Career' If Harassed at Work
Next Up: Editor's Pick